“It is a crisis, it is an emergency, we need to do something now”- Buffalo River Dene Nation re-issues state of emergency and calls for help 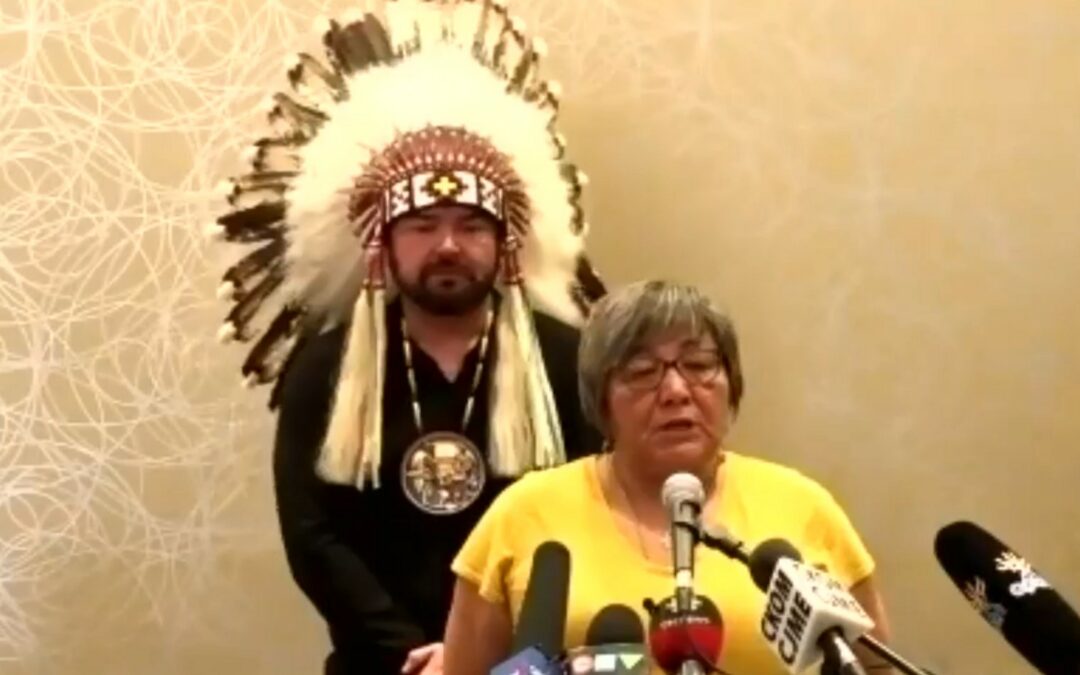 The Buffalo River Dene Nation continues to call for help in dealing with violence in their community.

The First Nation in northwest Saskatchewan re-issued a state of emergency they initially issued this past June due to crime and gang activity.

At a press conference in Saskatoon Wednesday afternoon hosted by the FSIN, Buffalo River Dene Nation Chief Norma Catarat says an elder was recently assaulted in the community and many others live in fear.

“It is a crisis, it is an emergency and we need to do something now,” said Chief Catarat. “The gangs and drugs have come to a point in my community where people are living in fear.”

She says the band needs outside help to deal with the current situation, so they are calling for the provincial and federal governments to intervene and provide capacity and resources to help deal with these issues.

“We don’t have these things,” said Chief Catarat after listing off resources the northern community doesn’t have including access to a detox centre and other mental health supports.

The Federation of Sovereign Indigenous Nations and the Meadow Lake Tribal Council threw their support behind the state of emergency and calls for help.

“The justice system is failing us in many ways and we have to come up with new solutions,” said MLTC Tribal Chief Richard Ben who spoke on what he called an epidemic of crystal meth use in some of these communities.

“It’s real, it is happening in our nations right now and we have to work with the province and the feds to find solutions, because right now it is not going good.”

Many speakers at the press conference spoke on three different gangs represented in the small northern community of 800 people, which they believe is leading to these violent encounters.

“I call on the gangs to stop what they are doing and bringing death to our people,” said FSIN Vice-Chief Heather Bear. “Everybody should feel safe in their own community.”

“The State of Emergency is real in First Nations country,” said FSIN Chief Bobby Cameron. “No elder, no knowledge keeper should ever be put in that position. Our elders should be living in glory with their grandchildren not living in fear for their safety.”