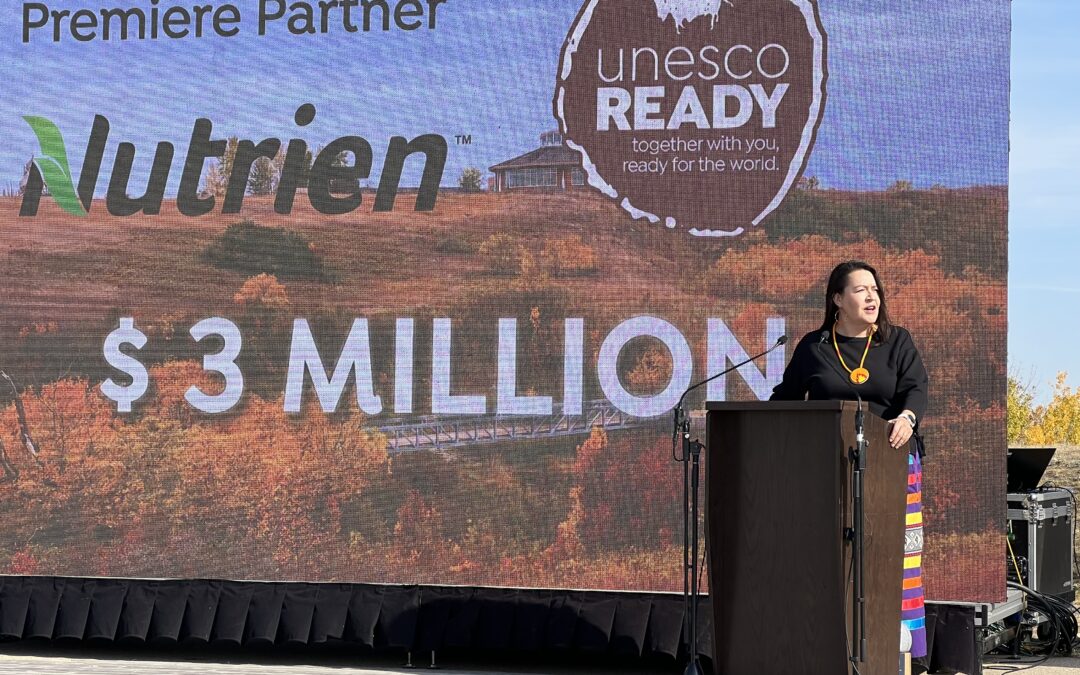 Over the past several years, Wanuskewin has embarked on the Thundering Ahead Campaign upgrading the park with the hopes to receive a World Heritage site designation by 2025.

That campaign concluded in 2020 and the heritage park recently launched the UNESCO Ready Campaign with a goal of raising $12 million for continued upgrades at the park.

At an event on Thursday, Nutrien announced a $3 million donation toward the UNESCO Ready Campaign becoming a premier partner.

“Nutrien has been a constant support, not only in our day-to-day capacity, but as allies in our efforts to address Truth and Reconciliation,” said Wanuskewin CEO Darlene Brander in a media release. “As we navigated early conceptions of what Wanuskewin could be, Nutrien challenged us to think bigger, to dream bigger.”

If given the designation Wanuskewin would become the first World Heritage site in Saskatchewan.

“Attaining UNESCO World Heritage designation will be a monumental achievement for Wanuskewin, the Indigenous community and everyone in Saskatoon and Saskatchewan,” said Ken Seitz, President and CEO, Nutrien.