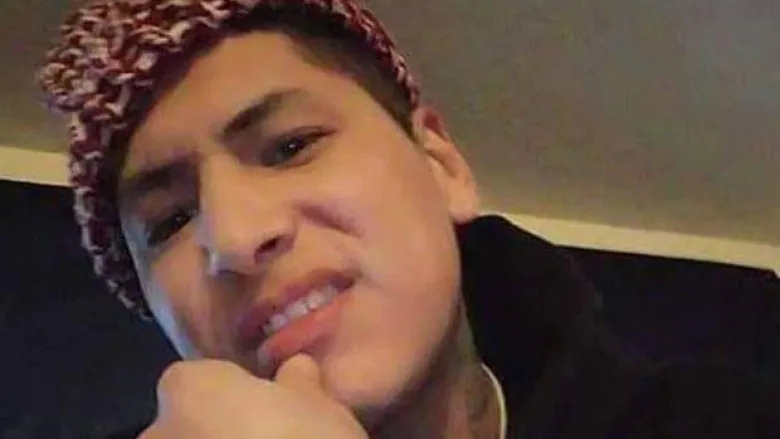 CONTENT WARNING: Some details in this story may be distressing

A six-person jury has heard all evidence around the death of Randal Nicotine.

Nicotine, of Red Pheasant First Nation, died by suicide while at the Saskatoon Provincial Correction Centre in 2019.

A public inquest into his in-custody death has been taking place this week at the Saskatoon Inn and Conference Centre.

On Monday, the inquest testimony heard from several correctional officers who responded to Nicotine’s medical distress.

On Tuesday the jury heard from the remaining witnesses including expert witness Dr. Shawn Ladham.  Dr. Ladham is the Chief Forensic Pathologist for Saskatchewan’s Coroner’s Office and has conducted over 5000 autopsies in his career.  He performed the autopsy on Randal Nicotine and confirmed to the jury that Nicotine’s cause of death was suicide.

Tuesday’s testimony then focused on Nicotine’s mental health history while at the facility.

Evidence at the inquest indicates Nicotine was on suicide watch when he first entered the correctional centre, but after an appointment with a psychiatrist and a low score on a suicide assessment test he was taken off suicide watch.  However, evidence uncovered after his death indicates he may have had suicidal ideation the entire time.

The jury heard from psychiatrist Dr. Olorunfemi Ahmodu, a psychiatrist in the city who runs a private practice but has a contract with the Ministry of Corrections to provide 4 hours of psychiatry services every Friday at the correctional centre.  Dr. Ahmodu said he only had one appointment with Nicotine on April 11, 2019, just over one month prior to Nicotine’s death.  The psychiatrist confirmed he saw Nicotine because the inmate was on suicide watch because of concerning comments he made to a staff member of the correctional centre.

When asked what recommendations he could provide the jury, Dr. Ahmodu asked for more mental health supports for inmates including nurses, counsellors, and psychologists.

The next witness was Brian Bonkowski, an investigator with the Ministry of Corrections, Policing, and Public Safety who was the lead investigator in Nicotine’s death.

Bonkowski testified during his investigation he discovered a phone call from Nicotine the day before he died to a member of the public that showed evidence Nicotine had suicidal ideation.  During the conversation Nicotine asked the other person to not tell the correctional centre what he was saying.  Bonkowski said if the correctional centre was aware of these conversations prior to his death there would have been more intervention, however, he says it would not be reasonable for the facility to monitor the phone calls of every inmate.  While all calls are recorded, Bonkowski said he only discovered the call indicating suicidal ideation while investigating Nicotine’s death.

Bonkowski also said suicide notes were found in Nicotine’s cell after his death, but there was no indication as to when they were written.

The final witness at the inquest was Andrew Vanzanbergen, Deputy Director of Operations at the Saskatoon Provincial Correctional Centre.  Vanzandbergen spoke on the changes at the facility since Nicotine’s death including more emergency response training for staff and a fix to the ligature point Nicotine used in his cell.  The deputy director confirmed Nicotine was on suicide watch when he entered the facility, but based on subsequent recommendations from mental health staff he was taken off constant observation.

Vanzanbergen agreed more nursing staff at the correctional centre would be beneficial, however, he said the facility has been trying to hire more nurses with little success and is concerned a recommendation of that nature would not be fulfilled despite the desire from the centre to do so.  He also offered the same opinion when speaking on a full-time psychiatrist at the facility.

There have been some recommendations from witnesses for three correctional officers to be on duty at a unit during night shift instead of two.  However, Vansbergen believes adding another correctional officer to night shifts wouldn’t have prevented Nicotine’s death because the response time would have been similar to what it was with two officers.

Some testimony at the inquest has centred around the flow of information about Nicotine’s mental health to frontline workers, with multiple corrections officers testifying they were unaware Nicotine was previously on a suicide risk.  Vanzanbergen and others indicated this information is always available to the officers.  When pressed further by Ministry of Corrections lawyer James Steele he admitted even if the officers read the reports there may not have been any red flags at the time to indicate immediate suicide risk.

Now that all evidence has been presented the jury is now deliberating.  They are tasked with determining the manner in which Nicotine died and to offer any recommendations to prevent similar deaths in the future.