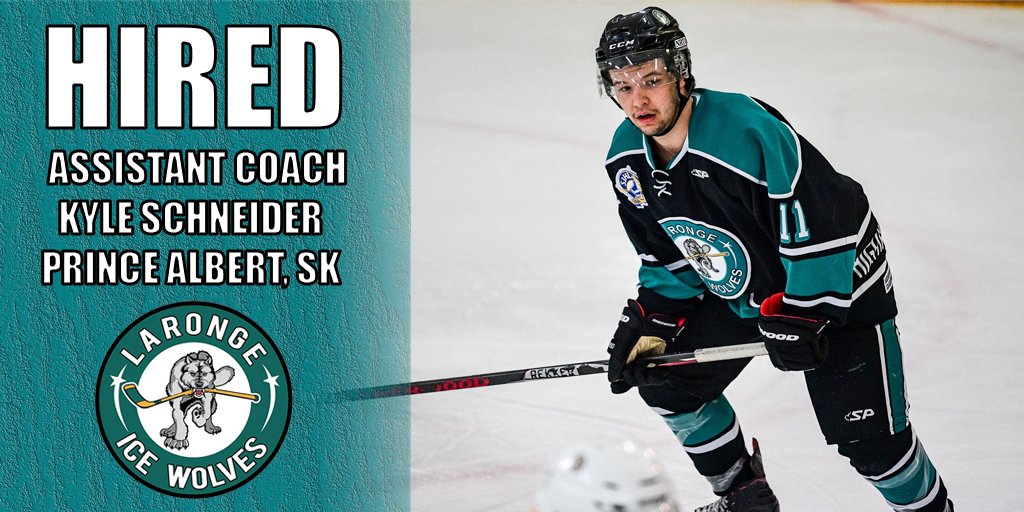 The team announced Monday morning they had hired Kyle Schneider. Schneider, who is from Prince Albert, was a member of the Ice Wolves in 2020. He also had stints with the Melfort Mustangs and Selkirk Steelers in the Manitoba Junior Hockey League (MJHL). Schneider replaces Gaelan Patterson, who moved on to take a position in British Columbia.

“I am really excited to get the position with the La Ronge Ice Wolves and get to coach with an unreal coach like Kevin Kaminski, you know I really can’t thank him and the Ice Wolves organization enough for the opportunity,” he said.

Schneider explained he was drawn to coaching in part because he has missed the game since leaving as a player. He added when he was rising up through hockey he had a number of good coaches including Dave Manson, Doug Hobson Tim Leonard, Kenny Morrison, Shawn Phaneuf and Brian Sisten.

“I was lucky enough to have great coaching all the way up in P.A. and I just want to give a little bit back,” he said.

During his time playing Schneider said he was not always one of the most skilled players but was still able to earn spots on rosters, which taught him about the importance of putting in the effort.

“I think I worked harder than lots of guys and earned all my opportunities, I think that’s what I’ll try to pass on the players,” he said.

Now that he is officially a member of the coaching staff Schneider said he is looking to get up and settled in La Ronge fairly soon. He explained he will be joining Kaminski on some summer scouting trips.

Schneider had previously served on the Ice Wolves scouting staff, but did not have the chance to do much work due to the COVID-19 pandemic.

“I am new to all this but I am definitely ready to learn and be a sponge,” he said.

Heading into the coming season Schneider said fans can expect to see a team that has some experienced players and that will put out a strong effort.

“We’ve got some returning guys that (have) got three years experience in the league, a great goalie in Xavier Cannon, some strong defenseman, so I think just get ready for typical Ice Wolf hockey, where its hard to play against and no one gives up,” he said.