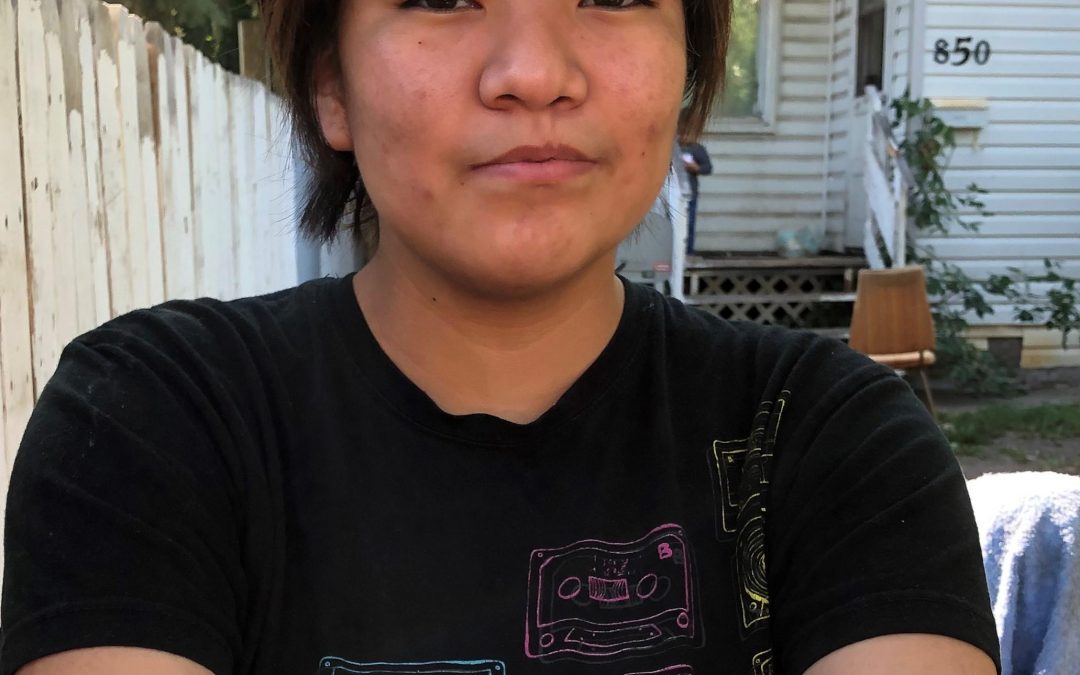 Police say they believe Shandaya Akachuk may be in Regina, but are unable to confirm her well-being.

Akachuk is described as having short brown hair with blue highlighted tips.  She is also known to wear glasses.  She was wearing a zip up bunny hug with a blue and white jacket, blue Adidas t-shirt and black ripped jeans.

Anyone with information on the whereabouts of missing 15-year-old Shandaya Akachuk is asked to call police.

(Photo: Courtesy of the RCMP.)