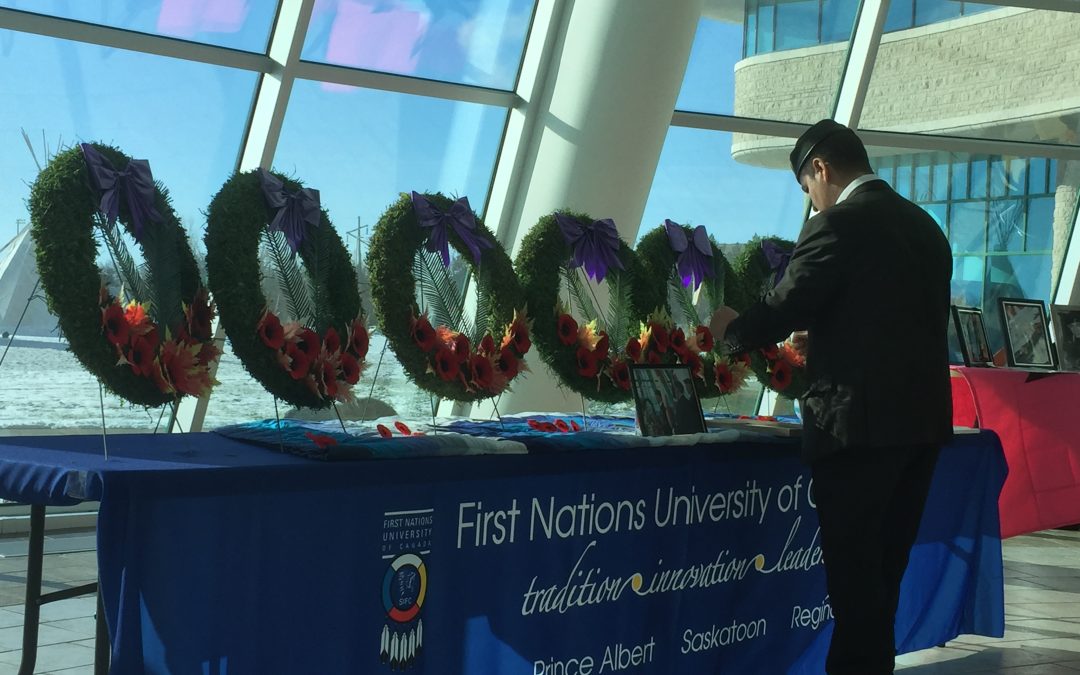 First Nations military veterans were remembered Thursday as part of a ceremony.

Its estimated between 7000 and 12,000 First Nations members served in the First and Second World Wars and the Korean War, and an unknown number of Inuit, Métis and other Indigenous people also participated.

“Our soldiers, both men and women stood for something. Let’s not forget that,” Anderson said.

National Aboriginal Veterans Day is marked November 8, with the ceremony in Regina commemorating the 26th anniversary.

Lt. Governor Russ Mirasty and his wife Donna, have veterans in their family, as Russ explained during the ceremony that Donna’s father was severely wounded in combat, but carried that experience with him, following his service.

The northern community of Cumberland House had the highest per capita enlistment by Indigenous Peoples in Saskatchewan in the Second World War.

(Wreaths being laid at a ceremony in Regina. By Dan Jones)