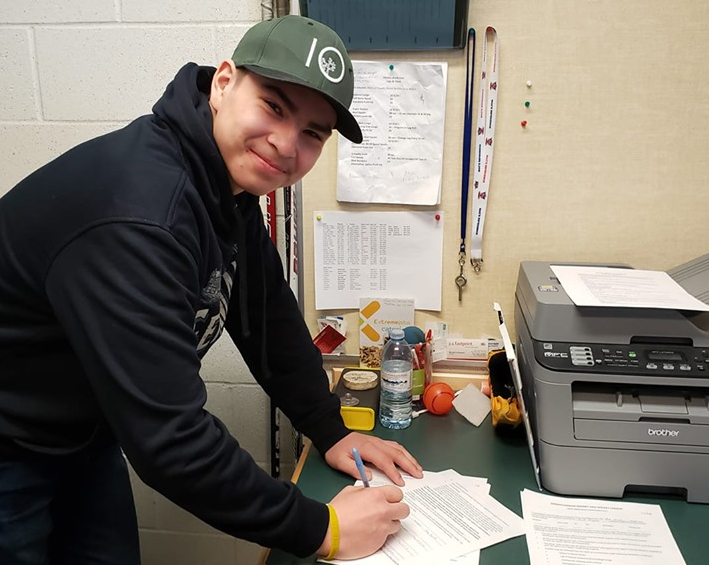 It has been a busy off-season for Ahtahkakoop Cree Nation’s Dallyn Peekeekoot.

Peekeekoot had a breakout season with the Battlefords Barons Bantam AA team last season. In 31 regular season games, he had 34 points.

“I felt pretty good about it (his season), but I felt I could be better – physically and mentally,” said Peekeekoot. “That was a pretty decent year for me.”

Peekeekoot says he was at school when his father called him to tell him that he was picked by the Ice Wolves in the SJHL Bantam Draft.

Peekeekoot is slated to play with the Prince Alberta Mintos of the Saskatchewan Midget AAA Hockey League this upcoming season. The Ahtahkakoop Cree Nation product describes himself as a hardworking playmaker.

Peekeekoot was one of five players selected by the La Ronge Ice Wolves at this year’s SJHL Bantam Draft in Nipawin.