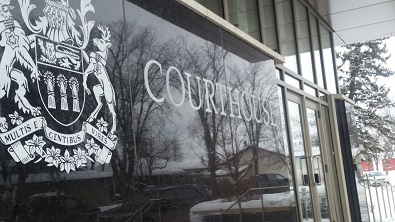 A long list of disturbing charges, including a prostitution-related offence, have been laid after three Edmonton men were arrested and a female youth located in Meadow Lake Thursday afternoon when Mounties executed a search warrant.

The RCMP says they attended the home on Third Avenue West in relation to a missing person and potential drug trafficking case.

Officers seized 56 grams of cocaine, marijuana and drug paraphernalia. The RCMP says the youth was offered medical treatment, but are not disclosing whether she was injured.

The criminal code describes procurement as:

“Everyone who procures a person under the age of 18 years to offer or provide sexual services for consideration or, for the purpose of facilitating an offence under subsection 286.1(2), recruits, holds, conceals or harbours a person under the age of 18 who offers or provides sexual services for consideration, or exercises control, direction or influence over the movements of that person, is guilty of an indictable offence and liable to imprisonment for a term of not more than 14 years and to a minimum punishment of imprisonment for a term of five years.”

The three men are scheduled to appear in Meadow Lake court on Monday.