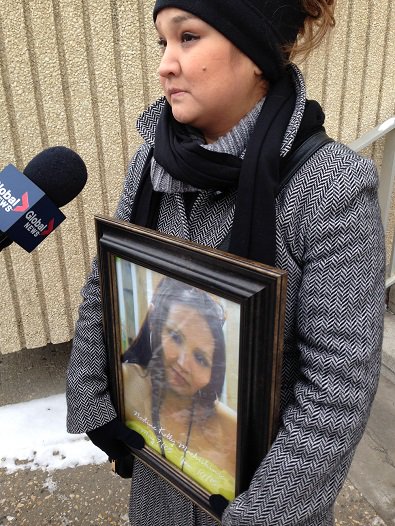 Delores Stevenson holding a photo of her niece, Nadine Machiskinic.

Saskatchewan’s former chief coroner says mistakes were made in how his office handled the investigation into the death of Nadine Machiskinic.

The 29-year-old woman fell more than 100 feet to her death down the laundry chute of a downtown Regina hotel in January of 2015.

Testifying at an inquest into her death today, Kent Stewart, says the coroner on call when Machiskinic died did not recognize the significance of the death and failed to inform police in a timely manner.  It took 60 hours before police were informed and began an investigation.

Stewart also testified he requested a review of the toxicology findings after the province’s chief pathologist suggested Machiskinic’s level of intoxication would have rendered her incapable of climbing into the laundry chute on her own.

Stewart says that opinion was contradicted by surveillance video that showed Machiskinic very mobile shortly before she fell down the laundry chute.

Stewart is the final witness.

The jury will then be asked to make recommendations to prevent similar deaths.