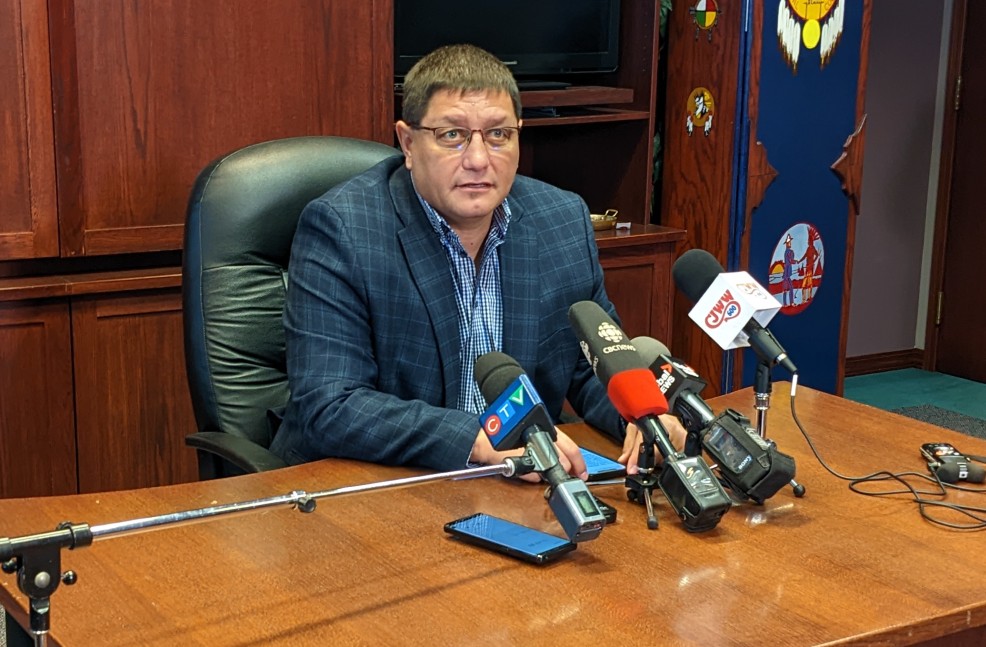 Robert Pearse of the Fairmount Baptist Church attributes these incidents to the Emergency Wellness Center. He told CKOM that people are dumping trash, urinating and defecating on the property. He claims one intoxicated man attempted to break into the church, frightening youth.

However, Saskatoon Tribal Council Chief Mark Arcand provided statistics from police and fire. He said from November 16 to December 15, there were 158 disturbance calls. From December 16 to Jan 14, there were 155 disturbance calls, many of which he attributes to the Emergency Wellness Center itself, but not the Fairhaven community. “The crime in that area is still the same, since we moved in there November 30. This is all coming from police and fire,” said Arcand.

He accused the church of only telling one-side of the story, spreading misinformation. “I need them to stop that because it’s causing hardship, and its a divide and conquer tactic that I do not support,” Arcand explained. “I am not going to sit and fight about helping people in our city.” Arcand noted that police statistics suggest that violent and property crime are both down in Fairhaven over the past two months

Pearse alleged that he was not informed or engaged regarding the location of the Emergency Wellness Centre. Yet he admits to CKOM that he and his wife attended one of two open houses hosted by the STC in November, prior to its opening.

The STC said it is open to being transparent about the Emergency Wellness Center with the Fairhaven community, but notes that 11 families and ten individuals have moved from the center into their own homes in the past eight months.