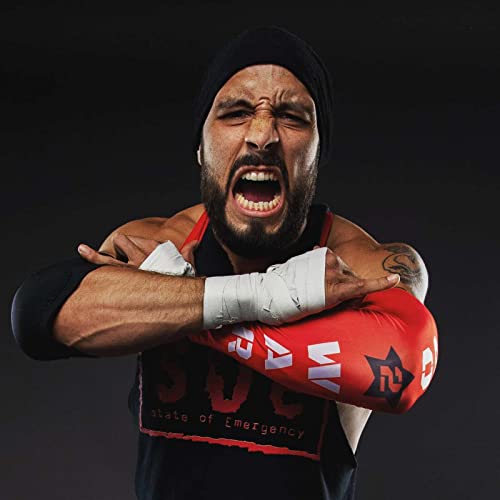 An Indigenous professional wrestler recently made his debut at an All-Elite Wrestling match in Oregon.

All Elite Wrestling is one of the newest competitors in the global wrestling market.

It currently stands in the number two spot for wrestling in North America next to the WWE after being founded in 2019.

Sebastian Wolfe, a member of the Pasqua First Nation  born in British Columbia before moving to Saskatchewan with his family when he was three years old. His family returned to British Columbia 12 years later. Wolfe would later begin wrestling in 2018 at Surrey’s Lion’s Gate Dojo. “It was actually my grandma who got me into it when I was three or four years old; she would babysit us and she was a huge fan, so she would set us down when it came on because she didn’t want to miss it, so we were kind of forced to watch it when we were little, but I just fell in love with it,” said Wolfe.

For Wolfe, this was his greatest wrestling match so far. “It was a three-on-three, what they call a trio’s tag team match, so it was me and two other guys vs. three other guys, and yeah, it was on what they call AW Dark; it’s one of their little programs, and yeah, it was short, but the opportunity for somebody in my position to go and work there is a pretty big deal. It was in an arena in Portland in front of six to seven thousand fans; it’s the largest wrestling match I’ve done so far,” Wolfe said.  “It was something I always wanted to do, but life doesn’t always go as planned, and one thing or another kind of prevented me from doing it when I was younger; I actually didn’t start wrestling until I was 30; I’m 33 now, so I haven’t been doing it that long, but yeah, I’ve always wanted to do it.”

Wolfe’s next match is with DEFY Wrestling and is planned for January 20 in Tacoma, Washington.