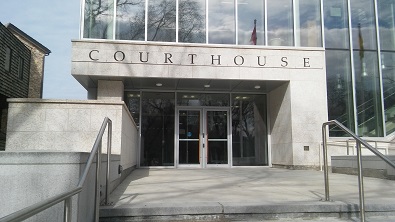 Dawn Walker has entered a not-guilty plea for all charges against her.

The former chief of staff of the FSIN is facing several charges for allegedly faking the death of herself and her son and fleeing to the United States.

At a courtroom in Saskatoon Thursday morning Walker entered her not-guilty pleas by telephone.

She also requested her trial be at provincial court and for the decision to be by a judge alone.

The charges stem from an incident this past summer where Walker and her son were reported missing before being found in Oregon two weeks later.

Walker is facing several charges including kidnapping in the contravention of a custody order, illegally entering the United States, along with other charges involving identity theft.

The Crown is proceeding by indictment, which means Walker could be facing a two year prison sentence if convicted.

Walker and a few others have alleged she was fleeing from domestic violence, but those allegations have not been proven in court.

Lawyers will now meet on February 15 where it is expected they will chose a date for her trial.

The trial date will then be read into public and court record the following day.