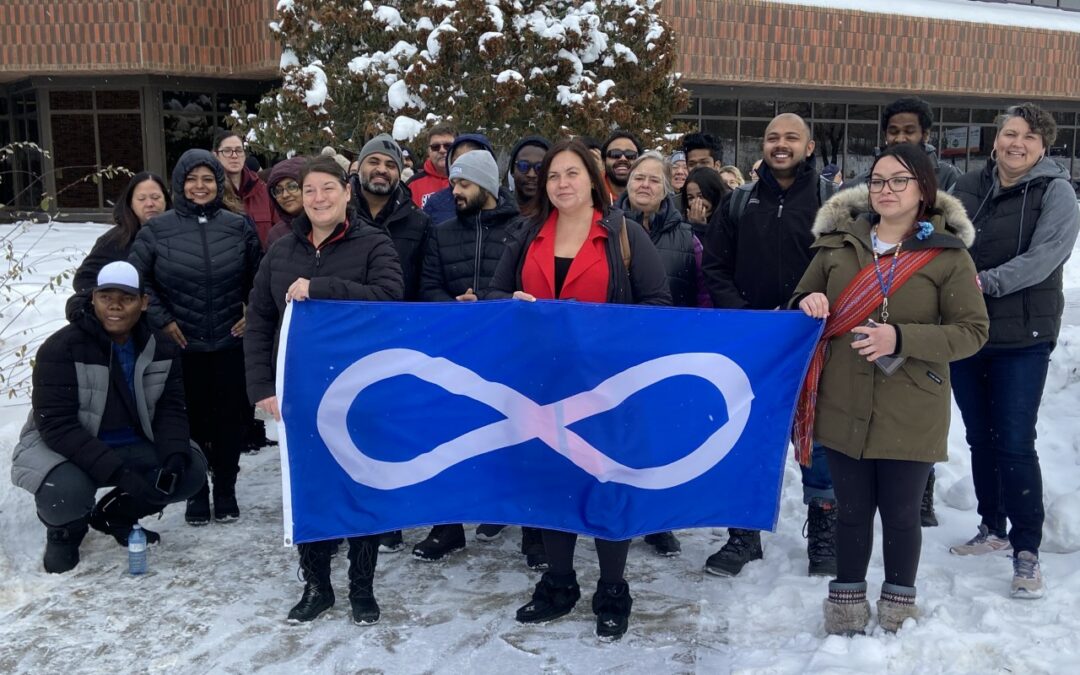 Wednesday morning the Métis flag was raised alongside the provincial and national flags. A number of students, faculty and staff came out to see the flag raised and to hear some brief remarks given by Tracy Gobeil, the Indigenous Students Centre Coordinator at Sask Polytech’s P.A. campus.

Speaking the MBC Radio News after the flag raising, Gobeil explained the importance of recognizing the day on campus.

“There’s a lot of students who maybe are Indigenous but haven’t connected with their culture yet, its a great opportunity for them, we also have a lot of newcomers and international students here and so they also really enjoy learning about the other cultures,” she said. 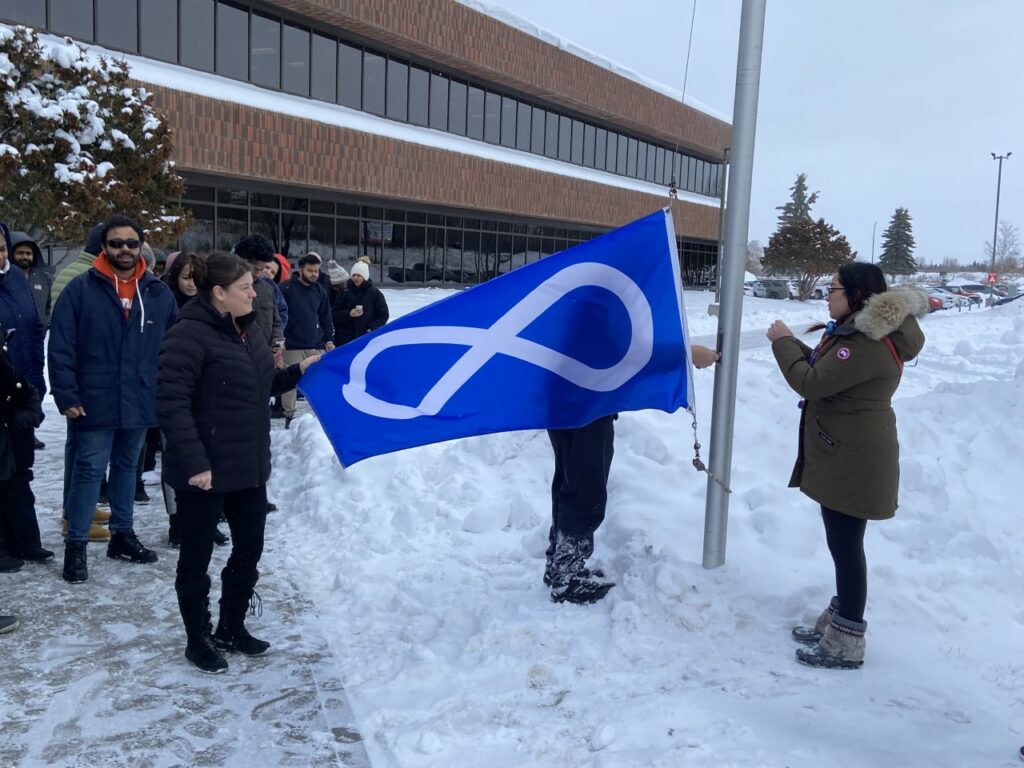 (The flag being shown just before it was raised. Photo courtesy of Michael Joel-Hansen.)

Louis Riel Day is marked on November 16 due to it being the date when the Métis leader was executed in Regina after leading a resistance against the Canadian government.

Gobeil said part of Sask Polytech’s mandate involves the recognition of Indigenous people on both the academic side and social side. She added Louis Riel Day provides the a good chance to live up to part of that mandate.

“This day is a day to recognize that and bring people together,” she said. 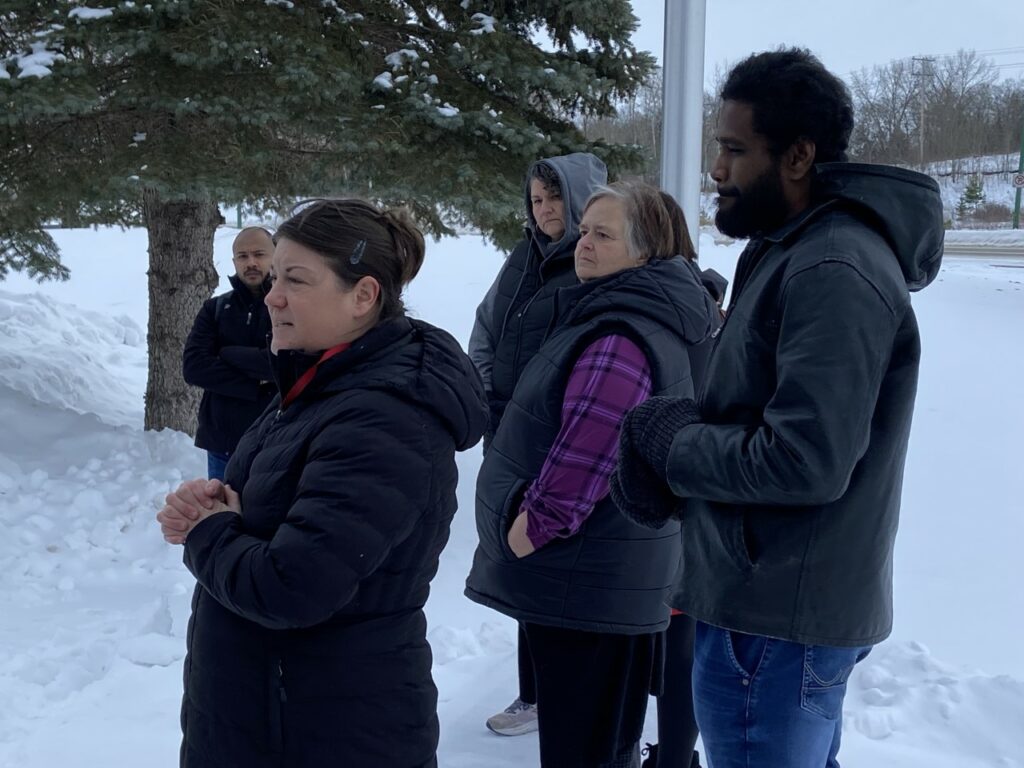 Along with the flag raising students on campus were invited to come and enjoy some traditional Métis cuisine for lunch. Gobeil said boulette soup would be on offer along with some fried and baked bannock.

“Sort of an informal name for that is soup and bangs,” she said.

(Top Photo: Students, staff and faculty pose with the flag before it was raised. Photo Courtesy of Michael Joel-Hansen.)