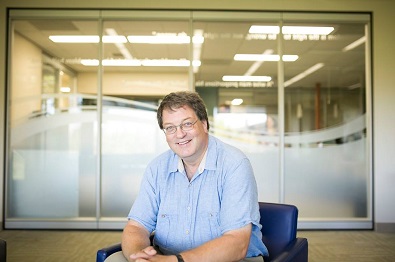 In the most recent Throne Speech, the Government of Saskatchewan announced their plans to assert the province’s jurisdiction over natural resources.

Shortly after the government introduced the Saskatchewan First Act, which aims to put this jurisdiction into practice.

The province says the act “asserts its exclusive legislative jurisdiction under the Constitution of Canada, and in particular, those matters listed in sections 92 and 92A of the Constitution Act,1867.”

The government says this will be one of the first orders of business during the fall sitting of the legislature.

Following the announcement, a few Indigenous organizations put out statements speaking out against the Saskatchewan First Act, raising concerns about the infringement of Treaty rights.

In a statement from the Federation of Sovereign Indigenous Nations, the organization says Indigenous people only agreed to share the lands to the “depth of a plow” and they did not cede the rights to natural resources to any government.

“These are our lands and waters since time immemorial. We have never surrendered them. We only agreed to share our traditional lands through Treaty. Resources were never part of the Treaty discussions and remain exclusively First Nations despite the continued illegal occupation and extraction,” said FSIN Chief Bobby Cameron in the statement.

“The Sask. First Act is another contribution of many by Premier Moe to widen division. Good leadership and good governance is about bringing a populace together to build, not destroy relationships and isolate ourselves,” said Tribal Chief Jeremy Fourhorns in the Tribal Council’s statement.

During Monday’s Legislative Assembly, the government was asked why they seemingly didn’t do any consultation with Indigenous people before the act was introduced.

“Nothing in The Saskatchewan First Act, which defends our exclusive constitutional jurisdiction over natural resources, diminishes or detracts in any way from First Nations treaty rights which are enshrined in the Constitution,” said Bronwyn Eyre Minister of Energy and Resources in response. “Our goal is to unlock Saskatchewan’s economic potential for the benefit of everyone in the province, including First Nations.”

Speaking with MBC News on the matter was nationally renown expert on Indigenous relations Dr. Ken Coates of the Johnson Shoyoma School of Public Policy at the University of Saskatchewan.

Dr. Coates says the Treaty definition of the “depths of the plow” has never been tested in court and would provide an interesting precedent if the matter ever became a legal issue.

“It’s possible there is a legal case there and it could really complicate an awful lot of things going on,” he said.

Coates did mention that this year’s Throne Speech contained more commentary about Indigenous people and issues than usual – pointing to discussion on solar panels, collaborative acts on homelessness, and training and education at the First Nations University of Canada.

“We are actually not used to seeing those kinds of proactive, collaborative policies from the Government of Saskatchewan… we haven’t seen them do that often over the years, and that’s a good thing.”

However, Coates believes the Saskatchewan First Act was a missed opportunity to build further alliances with Indigenous people.

“The reality of it is we will not have resource development in a systematic and sustained way without Indigenous development… that’s just what the courts of the land have already decided on Duty to Consult and Accommodate legislation. So, Saskatchewan can’t go it alone even if it wants to go it alone.” said Coates.

“It just shows we have a long we to go on reconciliation,” he said. “No objection at all to the First Nations saying they want to be considered, they should be considered, and the government should be having conversations with them.”