A herd of Bison will soon be returned back to Batoche 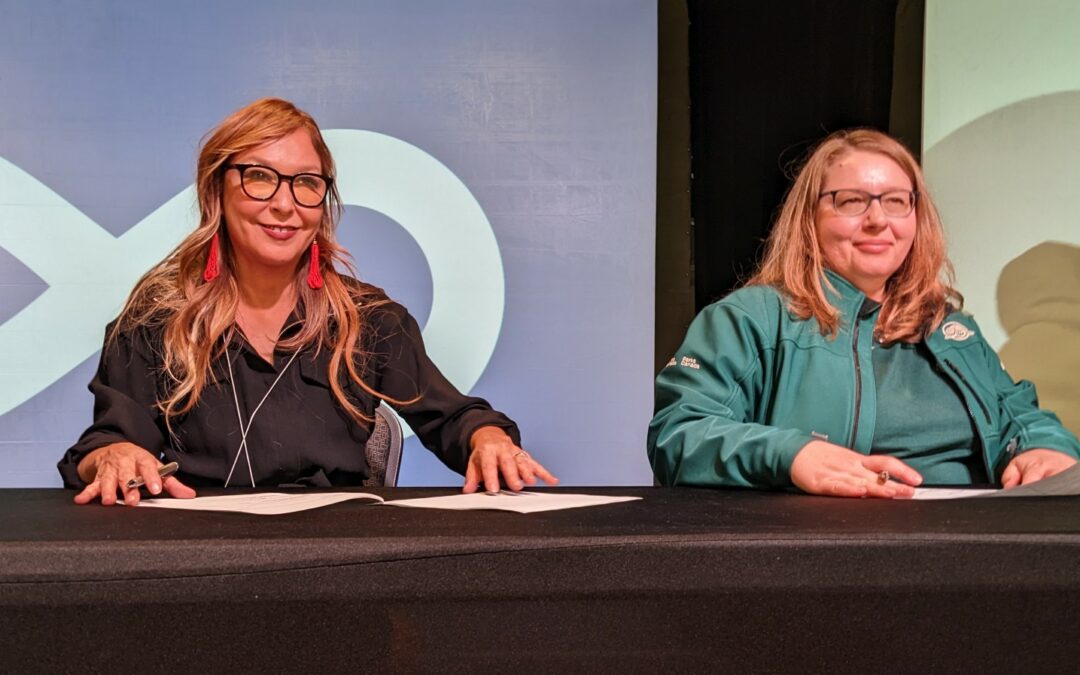 The Métis Nation-Saskatchewan and Parks Canada signed an agreement on Friday that will see the transfer of 24 bison from Grasslands national park to Batoche.

Phase one will see the bison officially transferred to the Batoche Festival Grounds next winter.

Phase two will then see the herd placed on a section of land at Batoche belonging to the MN-S.

The hope is the herd can grow to a population of over 150 and further plans would also see Métis communities given their own calves to start their own herds.

“Bison represent a deep cultural connection to the Métis and represents our values of living in harmony, perseverance, and coexistence,” said MN-S Vice President Michelle LeClair when speaking at the announcement. “These First steps will lay the groundwork for a comprehensive bison strategy where the Métis and Bison once again coexist.”

A representative for Parks Canada said they were glad to put plans in place to transfer the bison.

This past summer over 1700 hectares of land near Batoche was returned to the MN-S by Parks Canada with much if that land to be used for the herd. The MN-s hopes to use the remaining land for a treatment centre.

The announcement of the bison herd being transferred to Batoche was made on Friday in advance of the MN-S legislative assembly in Saskatoon.

The official agenda for the legislative assembly will begin on Saturday.