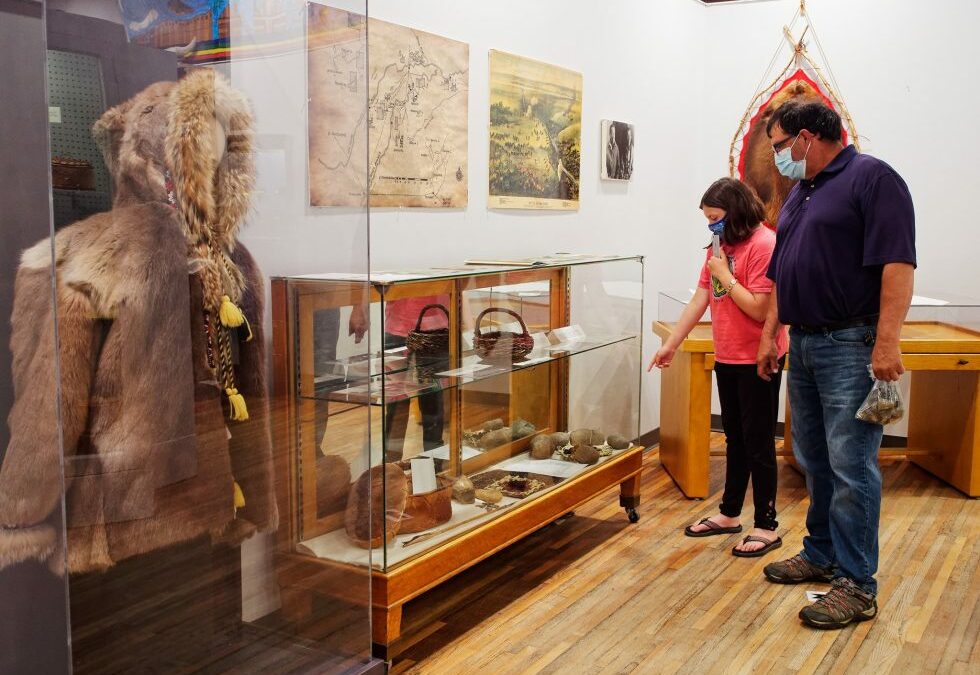 The Prince Albert Historical Society is getting ready to debut a new exhibit at their museum.

The new exhibit, which is called Kistapinânihk/Omaniciye Makoca/Tł’ogh tëlë/, that translates to The Gathering Place is set to open to the public on October 28. Michelle Taylor the manager and curator for the P.A. Historical Society explained the new displays help to tell the story of Indigenous peoples in the area starting from before contact with Europeans up until 1905.

“I think this display will give us a more complete picture of Prince Albert and area, because of course museums tend to not include the full Indigenous picture and so for us we want to include that history,” she said.

The work to grow the museum’s Indigenous collection has been a five year process involving working with knowledge keepers and acquiring extra funding from organizations like the Northern Lights Community Development Fund (NLCD). In regards to the actual displays, the new exhibit has a power point presentation showing the museum’s Indigenous pictures, they as well have artifacts on display representing the different Indigenous groups in the area. Taylor said Indigenous languages are also part of the new displays.

“We have histories and important messages of each of the First Nations group, there’s a paragraph in their own language and then the English version and then we are doing that through all of the First Nations and then as well as in the Métis, so people can actually come into the museum and see their language,” she said.

The recent additions compliment some others that have been made to the museum’s Indigenous history room, including community murals designed by Indigenous artists and painted with help from the general public. Taylor said the museum as well has worked to show the importance of the fur trade to the area and the role Indigenous people played in the industry.The museum curator said in the last few years they have made additions to this part of their collection as well.

“We were actually donated a fur press from the Hudson’s Bay Company from across the street, so we’ve included that in our display, so people really get a feel for the space,” said Taylor.

Going forward Taylor said the historical society is looking to showcase the role Indigenous businesses have played in helping to develop the local economy in the area, she explained they are also looking to add Indigenous history to other parts of the museum as well.

“We’re just really happy this work is being completed and its not the end for us,” she said.