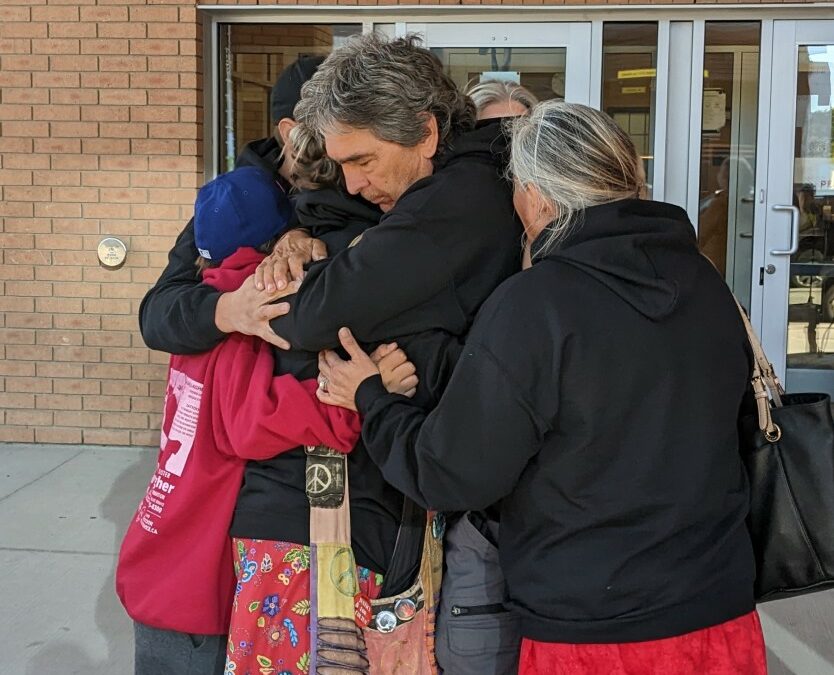 Cheyann Crystal Peeteetuce made a brief court appearance in Saskatoon Tuesday morning on charges of first-degree murder in the death of Megan Gallagher.

Peeteetuce was arrested and charged on Monday at a correctional centre in the province where she was at for unrelated charges.

The 29-year-old made a brief appearance on Tuesday morning, where her charges were read to her by the court. Her matter was then adjourned to October 6th.

Outside court Megan’s father Brian Gallagher spoke on the importance of hearing the Crown speak the allegations that Peeteetuce “did cause the death of Megan Gallagher.”

“As the charges were read, the importance became relevant when I heard them say ‘did cause the death’ and for me personally that has had the biggest impact of anything so far.”

While Gallagher says it was important to hear the charges, he knows nothing will ever bring the family closure.

“I am going to carry Megan in my heart for the rest of my life,” he said. “There will never be any closure, but if there is any resolution to come from this I hope there are steps to make sure this doesn’t happen to anyone else.”

Meanwhile Robert Thomas, the other person accused of Megan’s murder, is also due back in court on October 6th.

A total of 6 people have been charged in relation to Megan’s death and disappearance. Four are charged with indignity to human remains, while Thomas and Peeteetuce are the only two facing a charge of murder.

The Gallagher family has been at the appearance of every one of the accused so far.

“It is critically important for us to be here,” said Brian Gallagher. “We want the chance to share this process with others because this is happening too often and there is a lot of work to be done.”

Megan Gallagher was reported missing in 2020 – her body has yet to be found.

PHOTO: Outside court members of the Gallagher family embrace each other.  Photo by Joel Willick.)