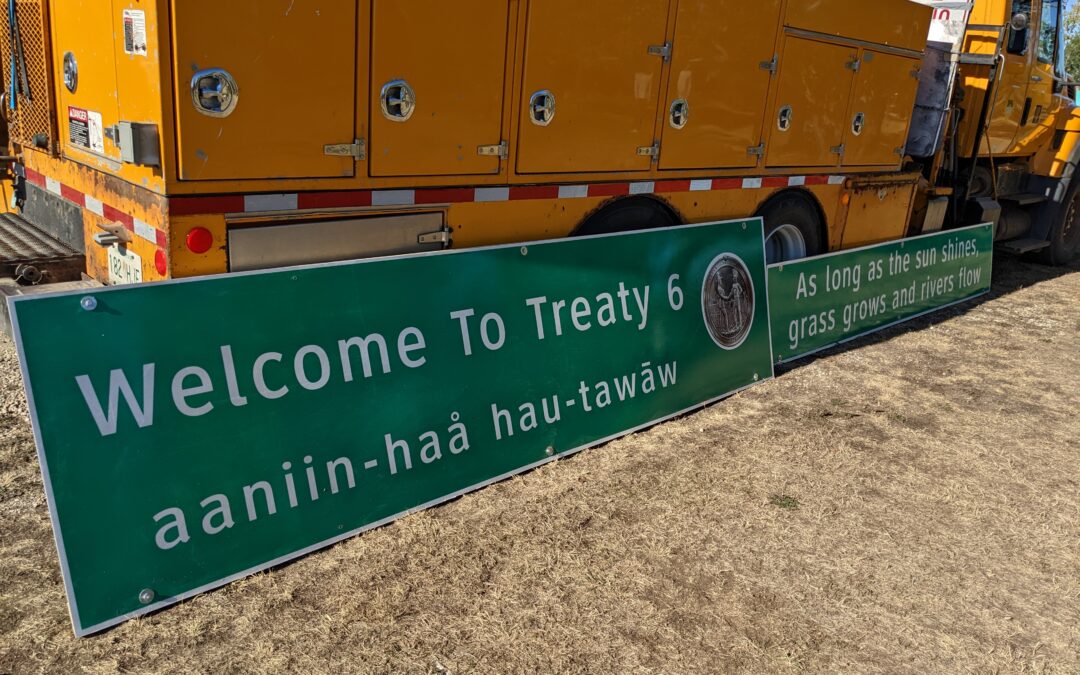 On Monday, the Province of Saskatchewan unveiled official road signs to mark the boundaries of Treaty 4 and Treaty 6.

An unveiling ceremony took place in the community if Bladeotg before the signs were to be placed by highway crews along Highway 11 between Saskatoon and Regina.

Indigenous ceremony and protocol also took place before crews placed the signs near the community of Bladworth.

The Treaty signs were developed in partnership between the province and the Office of the Treaty Commissioner.

“I am grateful to the Office of the Treaty Commissioner and the Government of Saskatchewan for working together to officially mark Treaty boundaries along our province’s major highways,” said Saskatchewan’s Lieutenant Governor Russ Mirasty. “It is important recognition of our treaties.”

“It is common sense to acknowledge the Treaty boundaries by the province and by the federal government,” said Treaty Commissioner Mary Culbertson.  “It is going to spark dialogue and lead to policy changes.”

According to the province, these Treaty signs are the first ever to be placed in Canada.  While Culbertson says this is the first treaty sign, she hopes more will be placed in the future.

“We will work with our Elders and the knowledge keepers advisory council to ensure that other Treaty boundaries that cross provincial highways will be marked with signs in the coming years,” she said.

The government says approximately 5,000 vehicles will drive by the signs each day.

The Treaty signs are designed with an image of a treaty medal, wording of the original treaty, and a welcome in the Indigenous languages represented in the Treaty area.