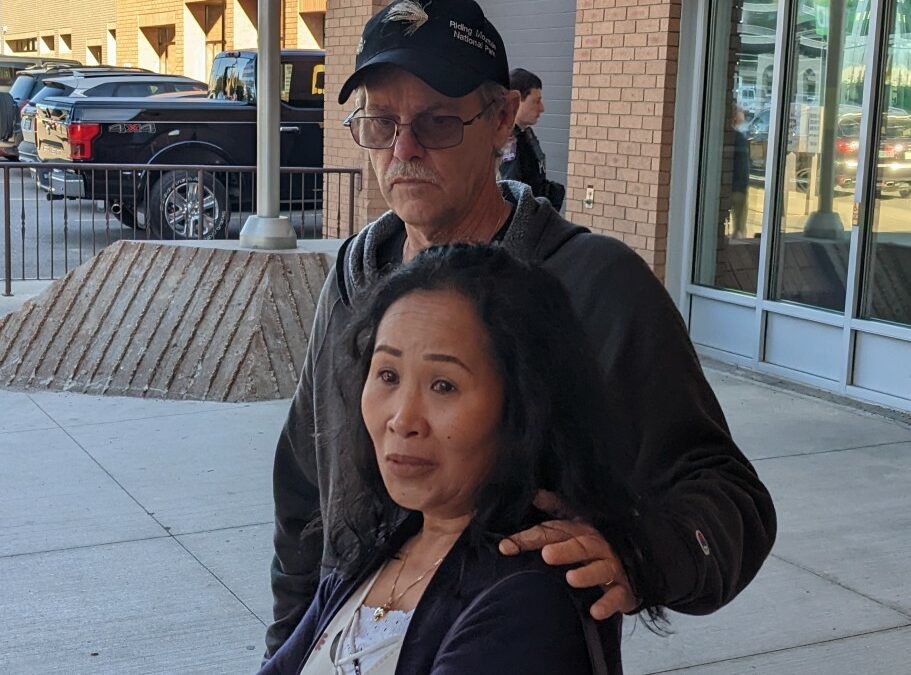 Cheyann Crystal Peeteetuce was arrested and charged with the first-degree murder of Megan Gallager earlier this week.

Gallagher, a Metis woman from Saskatoon, went missing in 2020 and her body has yet to be found.

Peeteetuce, along with six others, have been arrested and charged in relation to Gallagher’s death. Peeteetuce and one other are the only two of the accused to face a charge of first-degree murder.

Past victims of Peeeteetuce, who was previously convicted in connection to a fatal 2014 crash in Saskatoon, are calling for Justice reform.

The first-degree murder charge isn’t the first time Peeteetuce has been before the courts.

In 2015, Peeteetuce was sentenced to 6 years in jail for causing a 2014 crash with a stolen vehicle that killed two Saskatoon teenagers.

In May 2018, Peeteetuce would receive a statutory release on that conviction – a legally-mandated early release date for most offenders who have served two-thirds of their sentence. The last third of the sentence requires supervision while in the community.

In September of 2018, Peeteetuce would breach the conditions of her release and would be given a 30 day jail sentence to serve on top of her previous jail sentence.

When her statutory release ended, the charges against Peeteetuce would continue as she was already in prison for several charges when she was arrested for the alleged murder of Megan Gallagher. These charges include driving while disqualified and failing to show up to testify at a trial.

Over the summer, Peeteetuce was denied bail on these charges.

Parents of deceased teenagers speak out

The parents of the two teenagers killed in the 2014 crash attended Peeteetuce’s first court appearance on Tuesday for the murder charge.

David Wensley did not hide his feelings for the justice system when speaking to reporters outside court.

“We need change,” said Wensley. “We need accountability for what is going on in the courtrooms.”

Also providing his perspective was Alex Haughey, the father of the other teen killed in the crash who believes Peeteetuce shouldn’t have been released.

“I hate to say it, but I told you so,” said Haughey. “We said this was going to happen.”

When asked about the concerns raised by Haughey and Wensley, Megan’s father Brian Gallagher agreed that Megan could still be alive if previous matters were handled differenlty.

“There is a strong possibility that this could have been avoided if different steps were taken,” he said.

Cheyann Crystal Peeteetuce will be back in court on October 6.

(PHOTO: Mary-Lou and Alex Haughey speak with reporters outside a court appearance for a woman found guilty of a fatal crash that killed their son – who now faces a charge of first-degree murder.)