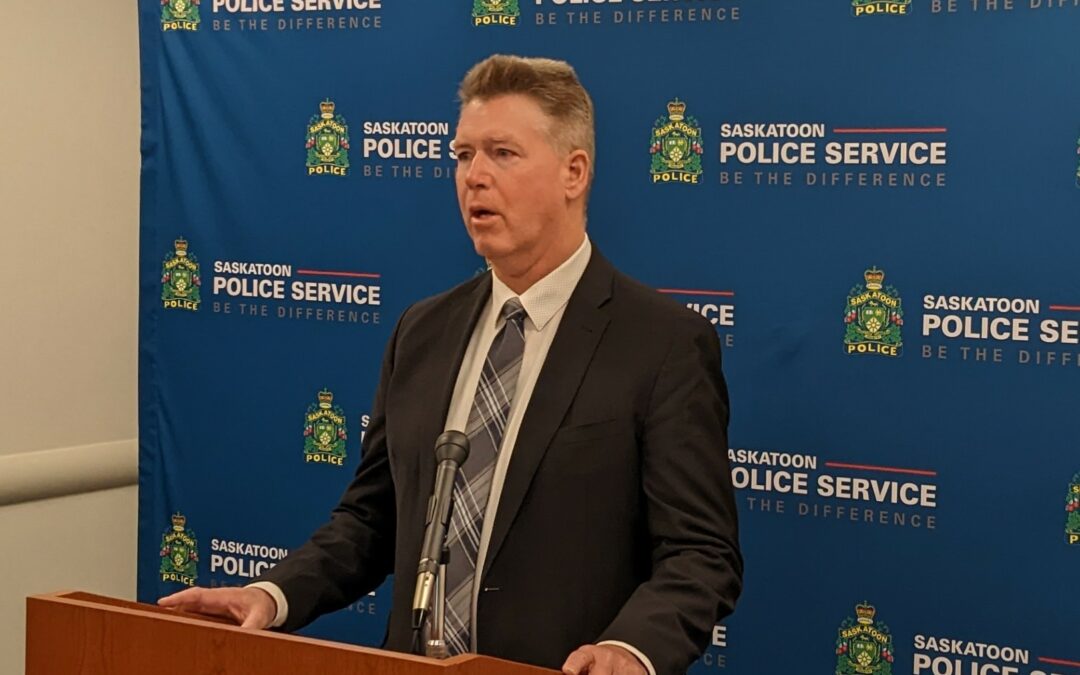 The Saskatoon Police Service is providing more details on the dedicated search for the body of Megan Gallagher set to take place this weekend.

Staff Sgt. Grant Obst spoke with reporters on Thursday morning detailing the scope of the search and why investigators were lead to this part of the river.

The search is underway as of Thursday morning and will run until October 2.

Obst says over 50 personnel representing many different organizations will be searching the South Saskatchewan River near the community of St. Louis.

“The situation is very labour and resource intensive,” said Obst.

Obst also indicated investigators believe Megan was killed on the night she went missing in September 2020 and her body was disposed in the river near St. Louis. He says consultations with experts have lead them to believe two large areas in that particular part of the river will be the best to conduct a dedicated search.

“Our goal is evidence recovery and also to bring Megan home so the family can have some closure in that sense,” he said. “However, there are challenges. Megan has been missing for two years, so we have time, we have the elements, we have everything else you can imagine that will have affected whatever it is we are looking for, however, we are hoping to find something to help us advance the case.”

As of Thursday, a total of 7 people had been charged in relation to Megan Gallagher’s death and disappearance and police say more arrests are expected in the future.

After the media conference concluded police announced the 8th arrest in the case. Police say Robert Tyler John of Beardy’s and Okemasis Cree Nation has been charged with the unlawful confinement and aggravated assault of Megan Gallagher. The 34-year-old was arrested while incarcerated on an unrelated sentence and is due in court on Friday.

While Obst wouldn’t speak too much to the investigation as it is still ongoing he says the charges laid by police lay the groundwork for what investigators believe happened the night Megan disappeared.

“We believe Megan was unlawfully confined, killed, and then disposed,” said Obst.

In previous comments police indicated they believed the gang relation to this case to be minimal, but as the investigation is ongoing Obst says this case has become significantly more gang-related. However, he would not indicate how Megan Gallagher was involved.

When asked why the search was confined to the weekend he says they could be searching the river for “miles, days, months and years.”

“Obviously, we certainly want to do everything we can to bring Megan back and to bring closure to this particular part of the investigation and for the family who have been with us throughout this whole investigation, but the reality is you try to do your best to determine where do you look with the best chances of success.”

Obst also says the family of Megan Gallagher will be in the St. Louis area while the search efforts are underway and he spoke very highly of the family’s involvement in this case.

“It is very rare in a homicide investigation when you get a family that is right with you the whole time… I can’t express our appreciation to that family.”