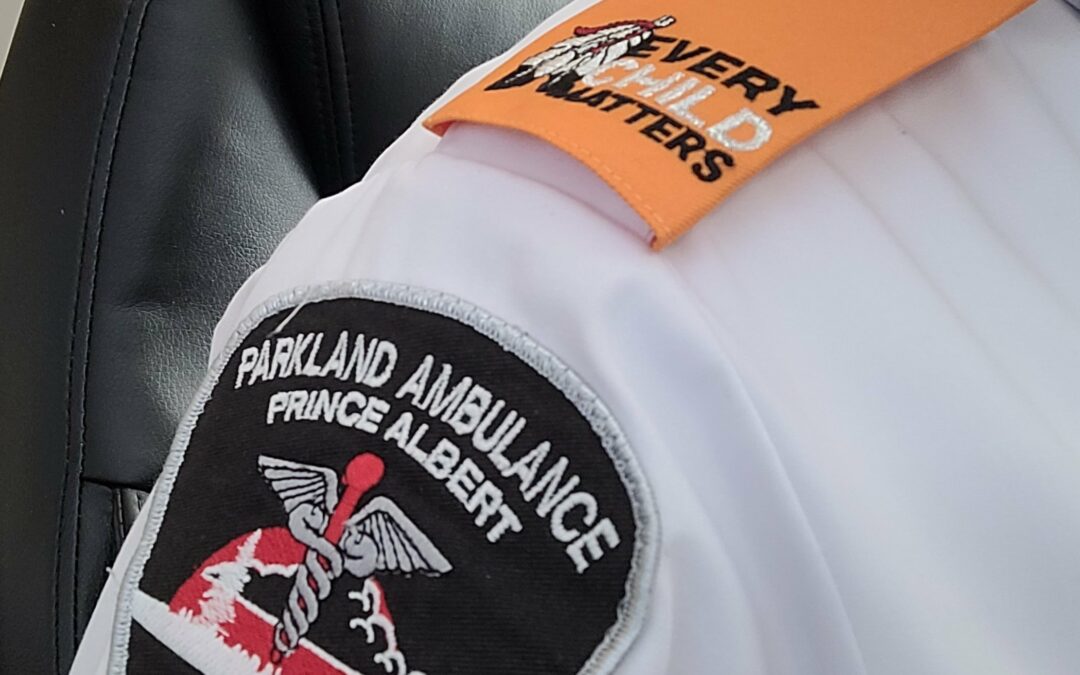 Parkland Ambulance in Prince Albert is recognizing the National Day for Truth and Reconciliation.

Paramedics and dispatchers for the ambulance service are currently wearing orange Every Child Matters epaulette covers on their uniforms. Lyle Karasiuk, director of public affairs for Parkland Ambulance explained the day is one the service feels it is an important one to recognize.

“We started to think, you know how can we show our support, how can we be recognized in the community as saying hey look, we are part of this journey with you, we want to learn more, we want to be educated,” he said.

Starting today up until Oct 1, our team members are proudly acknowledging our Indigenous Peoples in a lead up to National Truth and Reconciliation Day. pic.twitter.com/EOiVir2y48

While Parkland Ambulance is based out of Prince Albert they serve a number of communities in the neighboring area. This includes a number of First Nations such as Montreal Lake Cree Nation, Sturgeon Lake First Nation and Muskoday First Nation.

“It kind of has been an ongoing discussion within our organization on how do we learn more about Indigenous culture, how we do educate our staff in a very respectful and honourable way,” he said.

Recently at the Paramedic Service Chiefs Association of Saskatchewan’s annual conference in Saskatoon, leaders representing ambulance services from across the province, including Parkland, got the chance to hear from Saskatoon Tribal Council (STF) Tribal Chief Mark Arcand. Karasiuk was in attendance at the conference and said the tribal chief was able to shed some light on some important topics.

“He started to help us understand as paramedic leaders what our partnership and what our working with Indigenous people means,” said Karasiuk.

Specifically, Karasiuk said Arcand spoke about how responding to an emergency on a First Nation is different as there may not be numbers on houses which makes having good relationships in communities important. Karasiuk added as an organization Parkland is starting to understand what they need to do to grow and build partnerships.

Overall Karasiuk said as an organization they are looking to do what they can to help combat the racism which exists in the healthcare system.