Search continues for Dawn Walker and son, now missing for more than a week 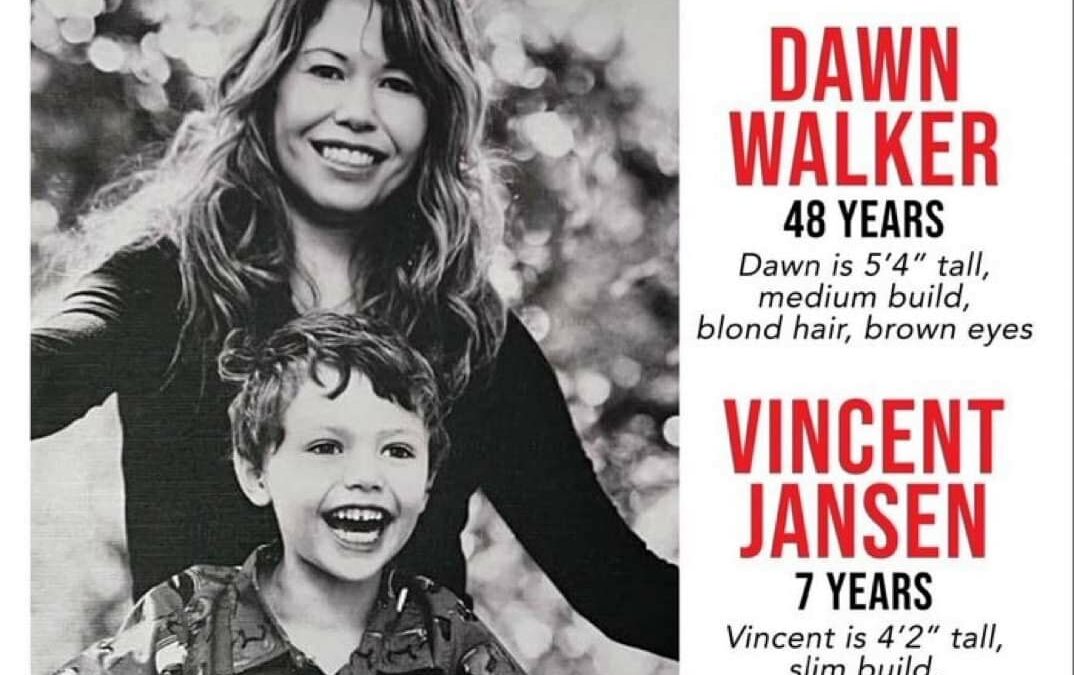 The pair were last seen in Saskatoon in the area of the 300 block of Owen Manor on the evening of July 22. Her vehicle was located a few days later at Chief Whitecap Park with a few of her belongings in the area.

Since then, the RCMP who are leading the search effort have been examining the South Saskatchewan River near the Park, to north of the weir, utilizing a dive team and a search plane.

The disappearance of Vincent has prompted calls for an Amber Alert, however Saskatoon Police Staff SGT Grant Obst said evidence does not support the criteria for an Amber Alert, suggesting foul play is not suspect at this time. Obst said investigators are reviewing Walker’s previous contact and reports with Saskatoon Police as part of the investigation, but stopped short of saying whether there is a person of interest. He said her cell phone has not been recovered, but police have obtained her cell communication records and banking history and are examining those too.

Walker is the Chief of Staff at the Federation of Sovereign Indigenous Nation. That organization is prepared to offer a financial reward if Walker and Jansen are not located by Thursday. FSIN Chief Bobby Cameron did not elaborate on the details of the reward, deferring that to possibly later this week.

Walker is a member of the Okanese First Nation. Chief Richard Stonechild said the community is devastated at the disappearances, but he implored people in the Saskatoon and surrounding area to check your properties for any sign of the missing pair.

Anyone with information on the whereabouts of Dawn Walker and her son Vincent Jansen are asked to contact the RCMP or Saskatoon Police.