LLRIB announces results of vote on changes to elections act 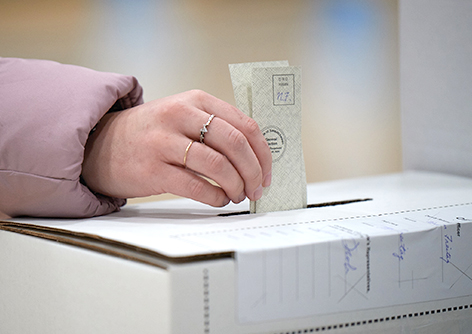 In a media release sent out Wednesday morning the First Nation announced that voters had accepted five amendments to the elections act. The amendments included allowing for the regular offering of electronic voting, the creation of a code of conduct for election campaigns, the creation of a separate election appeals committee and the ability to nominated candidates by email or mail. Another change will also allow people who owe under $1,000 in debt to the band or band owned entities to run if they have an agreement in place to repay the debt.

In total 1,431 ballots were cast, with voting being held alongside Treaty Day celebrations. Voters were asked two questions, the first one asked about electronic voting, which got the support of 904 people while 479 voted against. The second question asked voters if they supported all the other proposed amendments to the elections act and saw 1,061 people vote yes while 326 people voted no.

Gladys Christiansen, the chair of the band’s election tribunal said the vote for electronic voting along with the other changes show the band’s membership have the clear desire to improve the overall elections process. She added electronic voting could especially make a difference.

“Online voting is expected to impact the voter turnout positively in future elections and also help in emergency situations such as the COVID-19 pandemic,” she said.

The next scheduled election for LLRIB is March 2023.