‘Come out and join us:’ Organizers prepare for suicide awareness walk 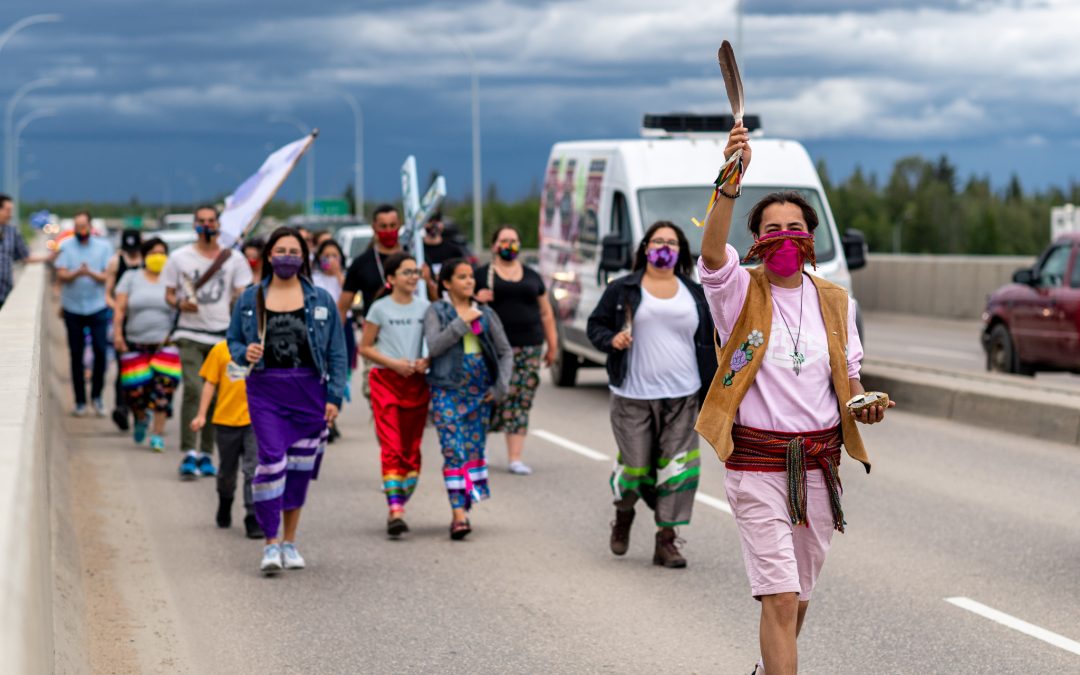 That’s why, this year, Ratt is helping coordinate the sixth annual suicide awareness walk from Prince Albert to Stanley Mission.

Walkers will set off from P.A. on Friday morning, and will spend the next seven days making the over 300 kilometre trek north.

In past years, Ratt says there has usually been a group of seven to ten walkers who cover the full distance on foot, but people can join up for a day or a few hours.

“Anybody can join at any time,” said Ratt. “We’re encouraging people to come out.

I’d like to extend an open invitation for anybody to come out and join us, whenever they have time.”

The annual walk began as an effort by a group of parents who had lost children to suicide, including Ratt’s sister.

“They just wanted to raise awareness and help people realize that you’re never alone,” Ratt said. “There’s always a place to go to and people to talk to, and suicide is not the only way out of a situation.”

And Ratt says these past few years have been particularly challenging for many people’s mental health, as the risk and isolation of the COVID-19 pandemic have taken a toll.

“We’re working a little bit extra hard this year to try and raise awareness,” said Ratt. “We’ve actually gone to the legislative assembly to try and persuade the Sask. Party to form a bipartisan committee to address suicide, as we don’t believe the Pillars of Life is adequate for dealing with the suicide epidemic.

“As it stands now, nothing is changing. Nothing’s improving.”

This year’s walk is also deeply personal to Ratt, whose own daughter died by suicide in December. Ratt says his daughter, who left behind four children, was cherished and beloved by those who knew her.

“We would hate to see other people go through what we have gone through, my wife and I,” he said.

As he covers the distance between Prince Albert and Stanley Mission, he will be remembering his daughter, and other loved ones, lost to suicide.