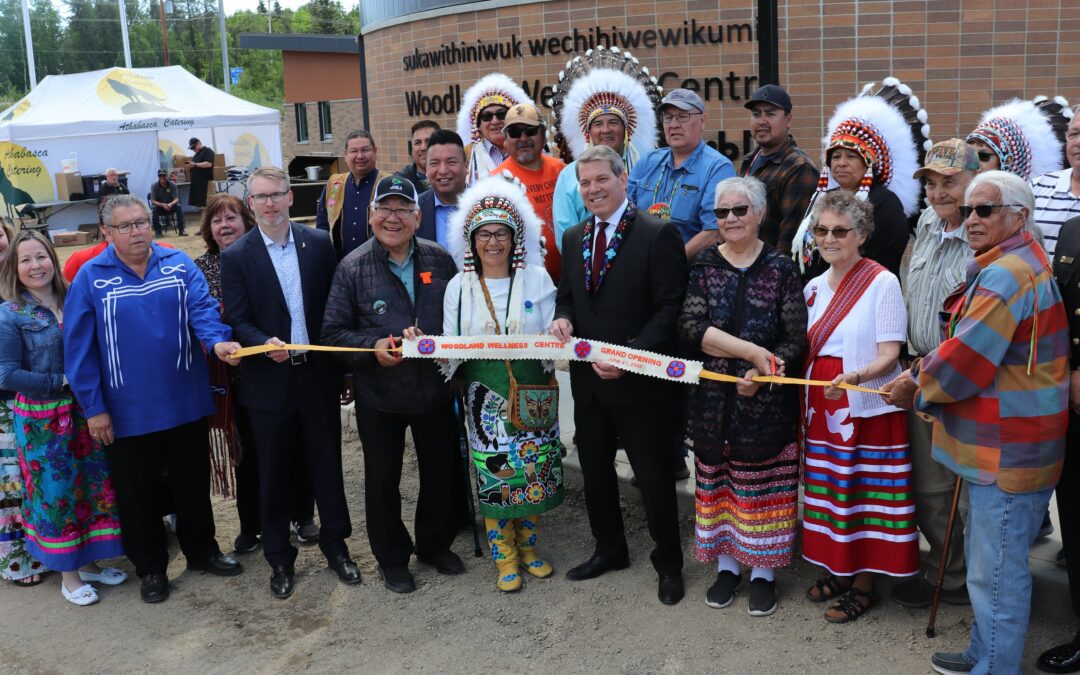 The Lac La Ronge Indian Band (LLRIB) has cut the ribbon at the Woodland Wellness Centre in La Ronge.

LLRIB Chief Tammy Cook-Searson was joined by dignitaries from both the provincial and federal governments at the ribbon cutting event Tuesday. In her remarks the Lac La Ronge chief thanked the federal government for providing just over $11 million dollars to help make the centre a reality, she also acknowledged the provincial government for contributing $2.5 million in capital funding. The chief as well thanked band Councillors from the nation’s five separate communities for all the work they did.

“They all worked together, collaborated together and they were able to give us $2 million dollars to start the project and also this land, where this building is built, Chief and Council set aside this land for healing,” she said.

The Woodland Cree Health and Wellness Centre is a story of healing. Thank you @ChiefTammy and the Lac La Ronge Indian Band for inviting me to its opening on National Indigenous Peoples Day to celebrate this milestone. The federal government will continue to stand with you. pic.twitter.com/PgZ7cv7Brk

Cook-Searson said the process of getting the healing centre built saw LLRIB joined by the Federation of Sovereign Indigenous Nations (FSIN), Prince Albert Grand Council (PAGC) and Métis-Nation Saskatchewan (MN-S) in lobbying for the project. She as well acknowledged Cumberland MLA Doyle Vermette for his work.

“We formed strong partnerships to be able to be here today,” she said.

The new wellness centre is a 24 bed facility which will provide mental health and addictions services. The facility as well has space to accommodate in patient services along with a multi purpose room. Kyle Krushelniski, the project manager with March Consulting, which oversaw construction, explained more buildings will be added to the healing centre in the near future.

Krushelniski said these facilities will not just be for people at the facility to use but will also be available for public cultural programming.

During her remarks Cook-Searson spoke about how suicide has impacted her and her family, with her sister dying by suicide in 2003. She added suicide is an issue affecting many families and communities. The longtime LLRIB leader said the hope is for the facility to serve all people.

(With files from David Smith)