Parishioners still dealing with loss of church at Waterhen Lake 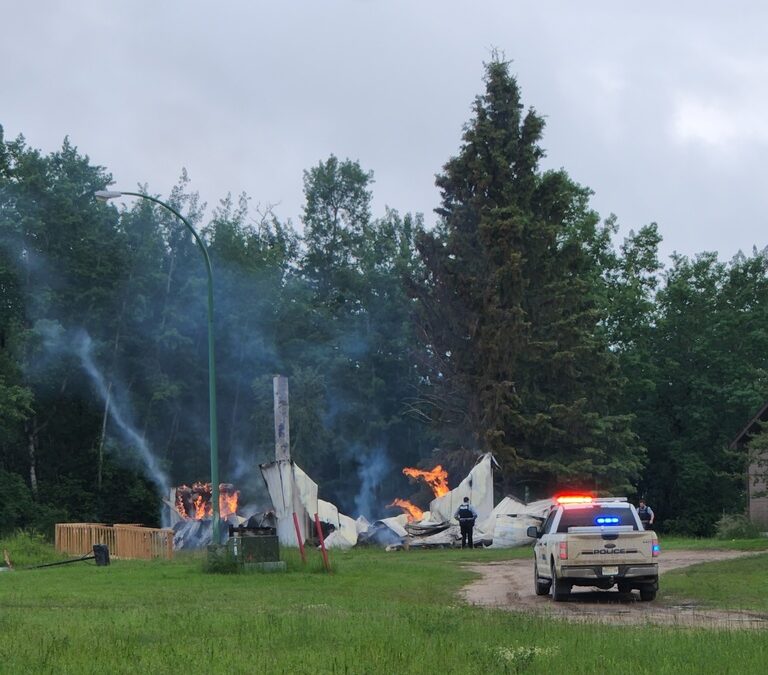 The parishioners of Our Lady of the Smile Church are still coming to terms with the loss of their church building.

The Catholic Church, which was located on the Waterhen Lake First Nation burned down last week. Meadow Lake RCMP are investigating and consider the fire to be suspicious.

The church’s pastor Father Doug Jeffrey said the people involved with the church are still dealing with the events of last week.

“It was a huge shock to all of us and I know it was last Thursday but, gosh it seems still really fresh,” he said.

Jeffrey said he is looking to bring together parishioners for a meeting this coming weekend where everyone can talk about their feelings and possibly decide on what to do next. The pastor added people did come together the night after the fire destroyed the building, when the news was still very fresh in their minds.

“Lots of shock, lots of sadness, lots of frustration, now what and of coarse the proverbial question, why, why did this happen to us,” he said.

The number of people who attend church services can vary according to Jeffrey, ranging from as small as three people to as many as 30. However, Jeffrey explained the number of people who show up on Sunday doesn’t always include all the people who call upon him for spiritual guidance or all of those who consider themselves to be Catholic.

In regards to the investigation, Jeffrey said he personally had not received any updates from police on where they are at, but was looking to reach out and get an update sometime Wednesday. He added the church, which was built in 1953-54, was owned by the First Nation, which makes them the point of contact for investigators.

“I am assuming that the RCMP are in touch with someone on the reserve,” he said.

On the question of whether the church will be rebuilt, Jeffrey said that decision is up to the Chief and Council.

When it comes to finding a replacement spot to gather for services, Jeffrey is not sure if their is a building on the First Nation which they would be able to use. He said three people have agreed to open up their homes for the time being.

“We are going to be gathering in the homes of people,” he said.