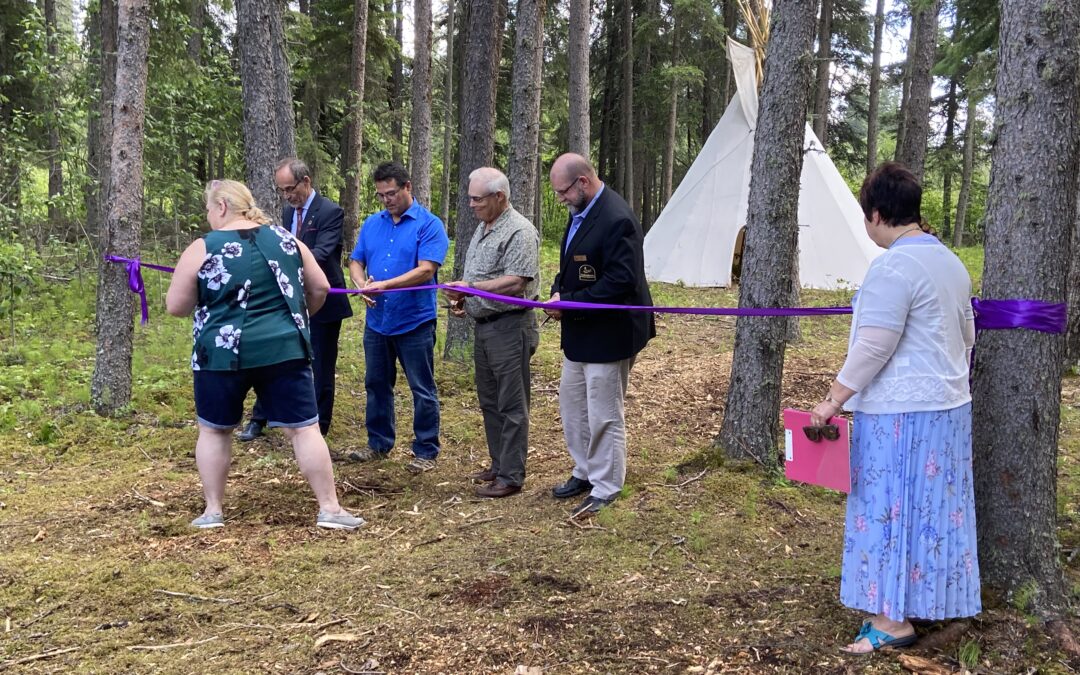 The Hannin Creek Education and Applied Research Centre near Candle Lake has a new addition.

Thursday Saskatchewan Polytechnic along with the Prince Albert Grand Council (PAGC) and the Saskatchewan Wildlife Federation (SWF) unveiled the new Indigenous Outdoor Learning Centre at the camp. Brenda Suru, who is currently an interim dean overseeing a number of programs at Sask Polytech explained the new learning centre will provide students an Indigenous perspective.

“That is either as part of a diversity course, an Indigenous coarse, or even Indigenous ways built in to existing courses,” said Suru.

The original idea to establish an Outdoor Indigenous Learning Centre at Hannin Creek can be trace back to a former dean at the school Jamie Hilts, who has since passed away. Suru said the opening of the new centre is part of his vision being realized and added Hilts had a firm philosophy when it came to outdoor and environmental education.

“If we are going to teach about the land, we need to be here on the land,” said Suru.

Scott Lipsit, the program head for Saskatchewan Polytechnic’s natural resource programs, got the chance to learn from some traditional knowledge keepers and was part of a group from the Prince Albert campus which helped set up the teepees. He said being part of that process as well as working to establish the new facility has been a good experience.

“At a time when Truth and Reconciliation’s at the top of everybody’s mind it’s been a great initiative to participate in,” he said.

The establishing of the centre saw Sask Polytech do extensive collaboration with the PAGC to ensure the proper protocols were followed. Edward Mirasty, the director of education for the PAGC was on hand for the ribbon cutting. Like Suru he also credited the late Jamie Hilts for the work the former dean did to make the Indigenous Outdoor Learning Centre a reality.

“He was the one who had contacted our office under the discussions that he had with Grand Chief Brian Hardlotte over a year ago,” said Mirasty.

Before the establishment of the new outdoor learning centre people from PAGC and Sask Polytech took part in a talking circle at Hannin Creek where Mirasty said they spoke about how land can be healing for Indigenous people and how giving Indigenous people the ability to return to their traditions helps advance the TRC Calls to Action.

“We envision an opportunity to come here and bring our youth, Indigenous and non Indigenous to the land so that they can see first hand, how the healing aspect of it plays a central role in how we move forward with the reconciliation,” said Mirasty.

Vincent Brittain, associate director for PAGC, who worked alongside Mirasty and Sask Polytech to establish the new facility said by building such a space Sask Polytech is moving in a good direction when it comes to advancing reconciliation.

“You can see some teepees where’s their’s going to be some great conversations being held within this facility, not only with Polytech, but with other partners as well,” he said.

Brittain said the PAGC will likely be working with the University of Saskatchewan on similar projects. He added the Tribal Council will continue with their work to advocate for their 12 member First Nations to improve education opportunities. 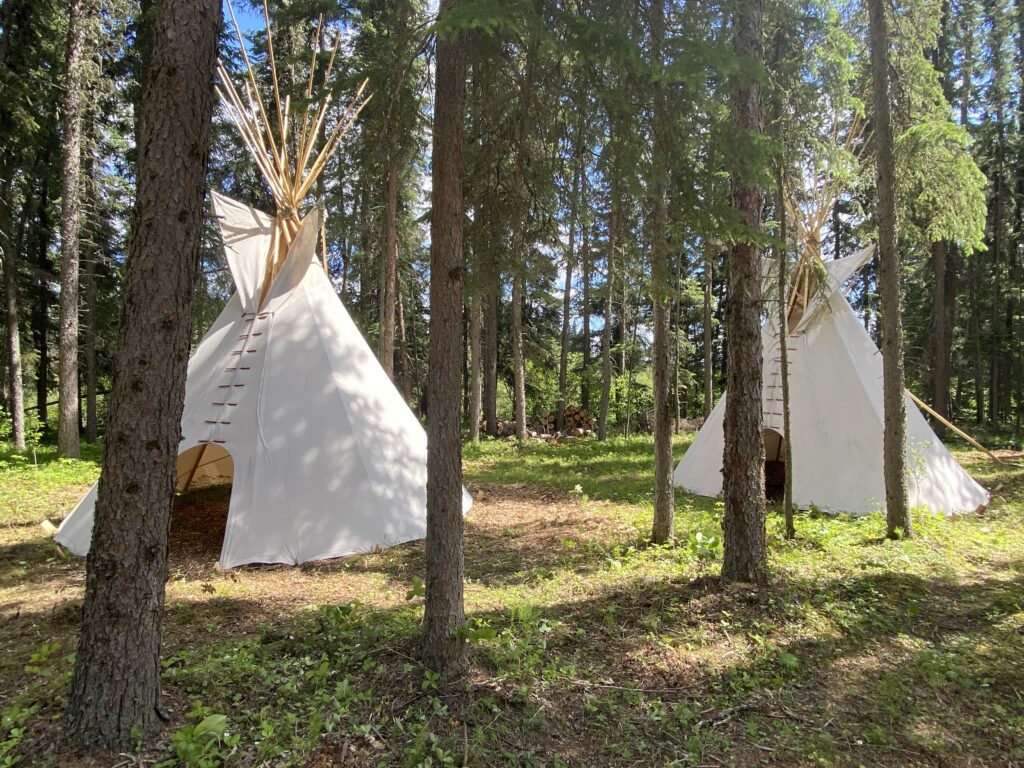 (All Photos Courtesy of Michael Joel-Hansen)