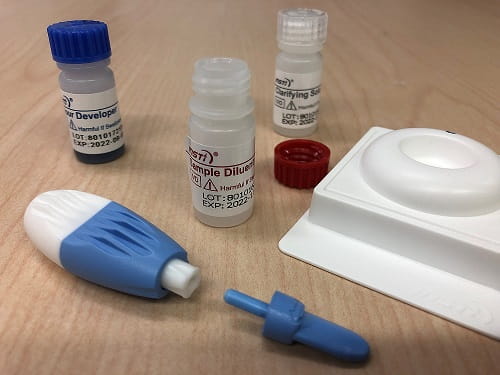 The Northern Inter Tribal Authority (NITHA) is looking to get people thinking about HIV testing.

Monday June 27 is National HIV Testing Day in Canada. NITHA Medical Health Officer Dr. Nnamdi Ndubuka explained promoting HIV testing is valuable as it has the potential to truly help people improve their overall health in a number of ways.

“When we test early and know our HIV status, it enables us (to) have early access to treatments and other services that can ultimately improve our well being,” he said.

When it comes to accessing testing, Ndubuka said NITHA is looking to make people aware of HIV self test kits, which are available in their communities. Ndubuka added the self test kits can provide people with their results in about 20 minutes.

“This is really a good strategy for people to have access to testing services,” he said.

Catching the virus early can be crucial as the earlier people begin treatment the sooner the virus can be suppressed, which can prevent it from morphing into the AIDS virus.

When it comes to risk factors, Ndubuka said the data collected by NITHA shows 50 per cent of people who test positive in their communities self report being injection drug users while another 28 per cent of cases can be traced back to sexual intercourse. Ndubuka said much of NITHA’s prevention strategy focuses on educating people who are injection drug users about how they can protect themselves.

“To ensure that people are aware of how to seek prevention services, to have clean needles and also utilize appropriate processes in mitigating the risk of acquiring HIV,” he said.

Complete HIV statistics from NITHA show that in 2020 12 people living in NITHA communities were diagnosed with the virus. Ndubuka said these numbers represented a decrease in new diagnoses from the year previous.

“That was 25 per cent decrease to the year prior,” he said.

However, Ndubuka said due to the COVID-19 pandemic there was not as much testing be done for HIV when compared to previous years. The numbers for 2021, which are preliminary, show that there were 18 new confirmed cases. Ndubuka explained they do expect to uncover more new cases as they push to get more people tested, he added NITHA communities have a rate of HIV which is twice that of the rest of Saskatchewan.

“We believe that one in five people who are HIV positive are unaware of their status,” he said.

(Top Photo courtesy of Government of Saskatchewan: An HIV self testing kit)