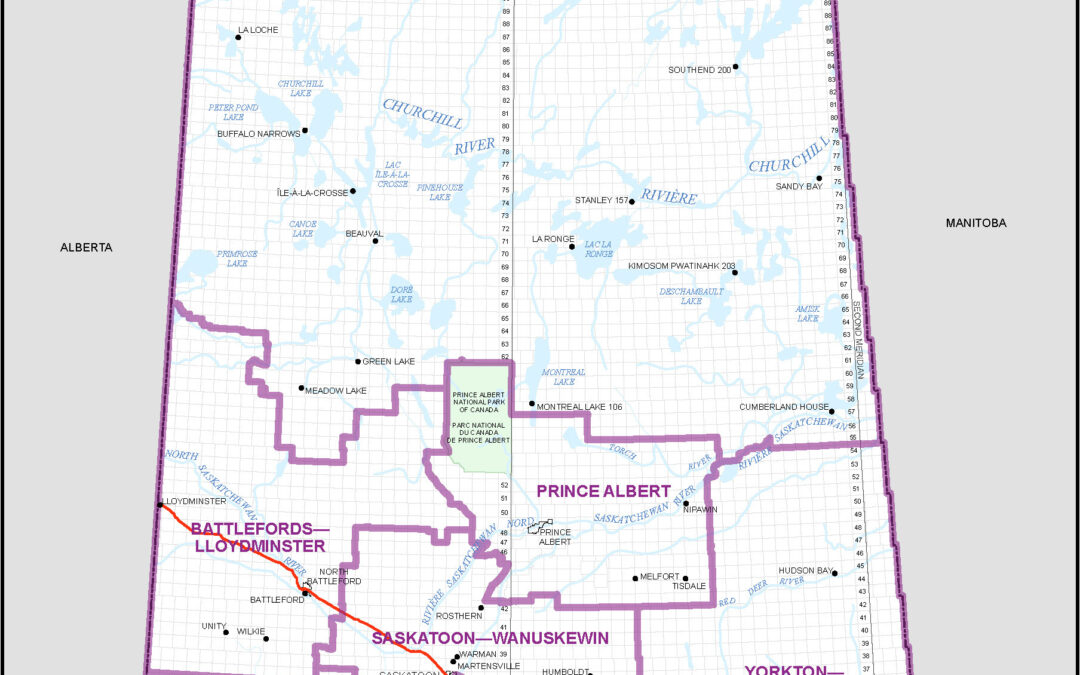 A Commission examining federal electoral boundaries is proposing changes to the largest landmass constituency in Saskatchewan.

“Having regard for the factor of geographic size alone, it appears that a substantial variation from the electoral quota is potentially justified,” the Commission noted. “The cultural heritage of this area has a dominant Indigenous population. The First Nation, Métis and Dene peoples of this subarctic region share an historically distinct and contemporary northern, land-based way of life, with their own history, culture, spiritual and social values, languages, and economies. The Woodland Cree, for example, specifically refer to the north as Kiwetinohk or place of the north wind.”

The population of the electoral district is 71,500, but the Commission noted that the single representative, Gary Vidal must traverse a large area with few roads.

One proposed adjustment would be to shrink the land mass by four percent, yet that would also impact the population with a decrease of 43 percent to 45,500.  The Commission would redistribute the remaining population of 26,000 to the surrounding electoral districts.

Public hearings are being held in several communities.

(Photo of a proposed map of Sask. electoral districts. Courtesy of the Federal Electoral Boundaries Commission for Saskatchewan)