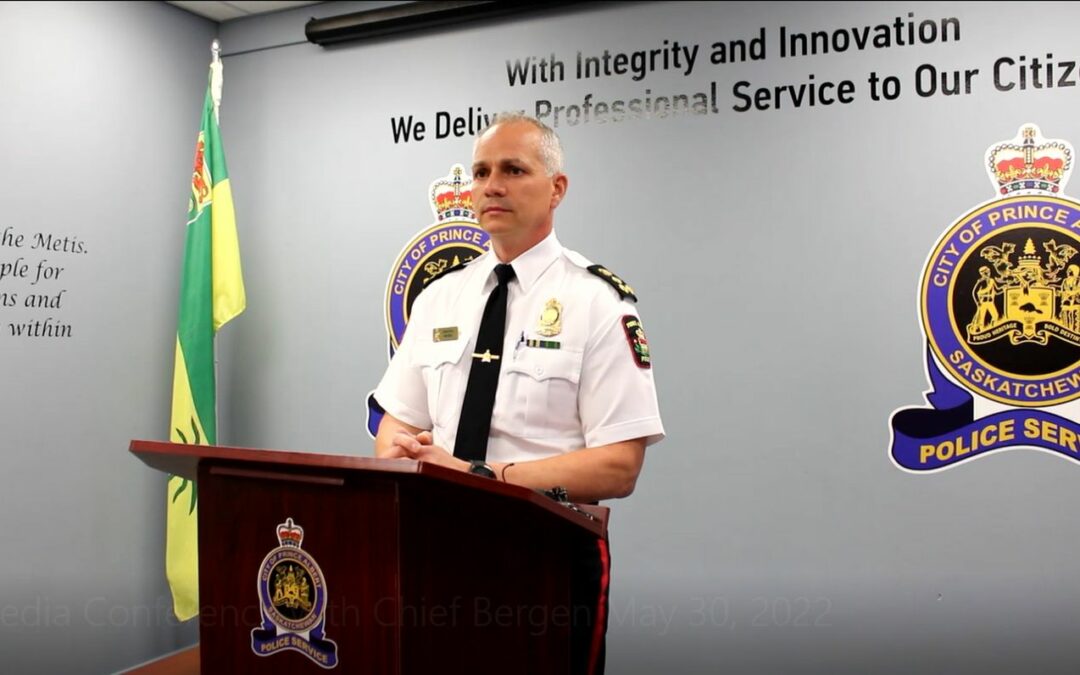 Prince Albert’s Chief of Police held a press conference early Monday afternoon to address the two homicides that occurred over the weekend and provide some answers on the police service’s next steps.

Chief Jonathan Bergen revealed that Saturday’s incidents have raised the city’s total number of homicides this year to six. Only half of these killings have led to arrests.

“To deal with two incidents of homicide on the same day, where they are different events, that is extremely draining,” he said.

Bergen explained that the Prince Albert Police Service received over 400 calls for service this past weekend, with many members giving up their personal time to help make the community feel safer. He acknowledged the extra time put in by the front-line workers and thanked them for their attention to duty.

Bergen said the organization as a whole is feeling the pressure as violent crime in the city rises. He confirmed there are eight open vacancies within the police service and they are extremely focused on making sure there are enough “boots on the ground” to provide adequate emergency services to the community.

Five new members from the Prince Albert Police Service will be joining front-line operations in the coming weeks after graduating from training on Friday, two of these officers took part in the Métis mentorship program.

“The commitment I see from all areas of the organization is incredible,” he said. “Our members care, they want to create the safest community that they can.”

Métis-Nation Saskatchewan representative Sherry McLennan was also present at the media conference and shared her condolences with the families of the two homicide victims, who she identified as being Métis.

McLennan called the City’s rising crime level “ridiculous” and said it is partly due to the lack of public services for mental health, addictions, and homelessness. She called on leadership to come together with community members to discuss solutions to help end the violence.

“Everybody is scared and we should not be scared in our own hometown where we grew up,” she said. “We need to find our way again, we need to bring Prince Albert back to where it was.”