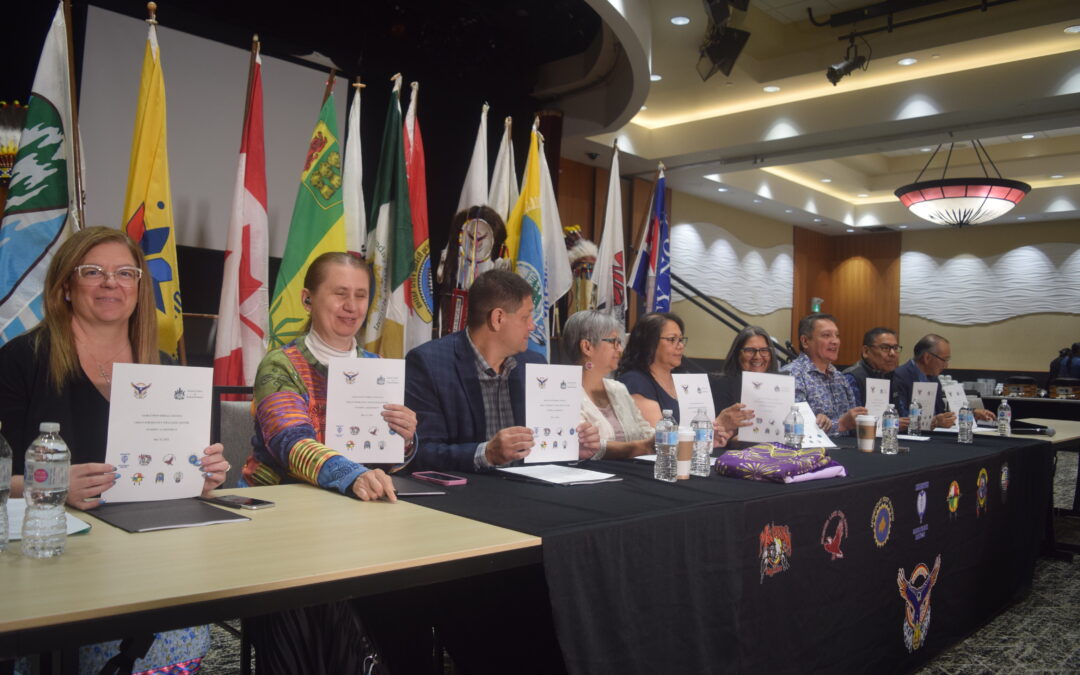 The provincial government is providing funding to the Saskatoon Tribal Council to keep their emergency wellness centre open for at least another year.

The STC opened the shelter on December 15 to help some of the city’s homeless population find shelter during the cold winter months.

Since then, the tribal council has been in negotiations for a permanent solution moving forward.

The province stepped up on Thursday with an announcement of $3.5 million to keep the temporary centre open until at least April 30, 2023.

“This has been a little while coming,” said Social Services Minister Lori Carr at an announcement event for the funding on Whitecap Dakota First Nation. “It is an Indigenous-led program for Indigenous people and tribal chief Arcand has truly shown that he is able to do that, so when he brought the proposal to us it was pretty hard to say no.”

At the end of the pilot project, the government and the tribal council will reconvene and determine whether the funding will continue into the future.

STC says they have shown their work

“This is not just about a shelter, this is about long term sustainability that everybody deserves,” said Arcand.

The tribal chief also says the funding is one of the biggest one-year investments he has seen by the government to address homelessness.

“We are not going to let them down,” he said. “But we can’t do this alone. If people think we are going to do this in one day they are wrong. It is about a process and we have to work together as a community.”

The last remaining hurdle for the temporary shelter will be to convince the City of Saskatoon to amend some bylaws, but Arcand is confident that will happen.

The tribal council is still looking for a permanent solution for the wellness centre, but Arcand says they do not want to “short change” their clients. He says any permanent facility would need showers, a commercial kitchen, and appropriate living spaces.

“Every person deserves that,” he said. “Those are the minimum requirements to make sure we can make a positive change for everyone.”

STC had previously indicated a building on 20 Street as a possible location for a future permanent shelter, but Arcand says the process of STC actually acquiring that space may be a long way off.

However, Arcand did make it clear he wants the STC to be the sole provider of homeless shelters in the city.

In recent months, Lighthouse Supported Living in the city has seen instability with high turnover rates among staff and leadership positions.

In the meantime, the province also announced $1.2 million in funding toward Indigenous-led homelessness projects in Regina.

(PHOTO: Members of the provincial government and STC chiefs pose with a funding agreement to keep the STC temporary Wellness Centre open for another year.  Photo by Joel Willick.)