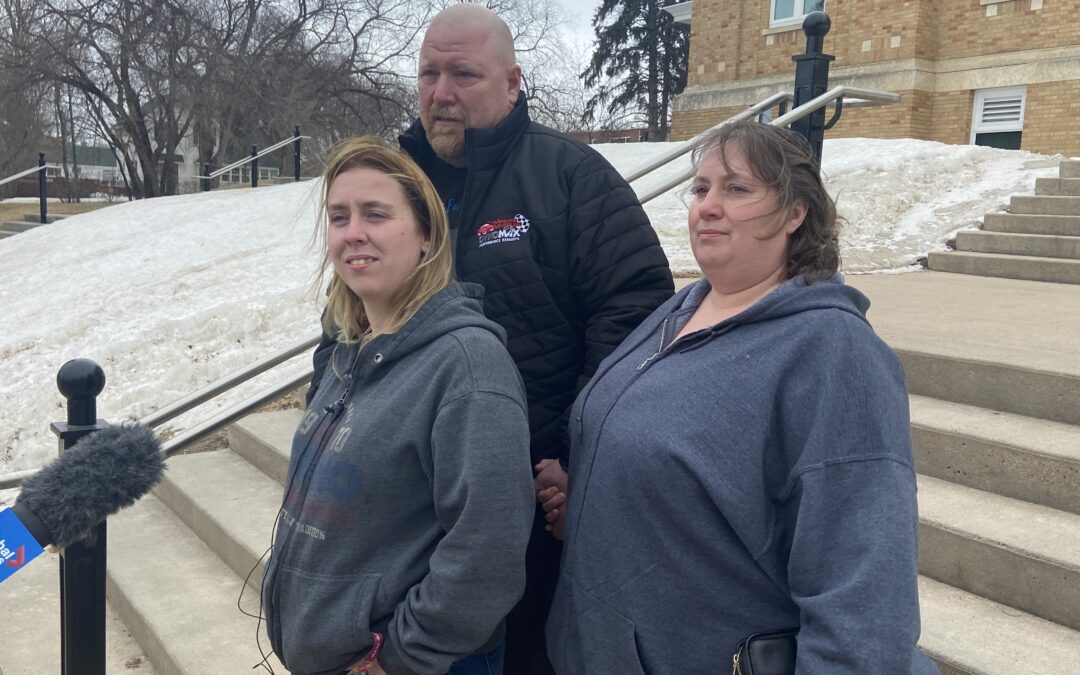 The man who pleaded guilty to killing his parents and young son along with attempting to kill his daughter has received his sentence.

Nathaniel Carrier was given a sentence of 25 years to life for first degree murder, two additional sentences of 18 years to life along with a sentence of 15 years for attempted murder. The sentences will run concurrently which means Carrier’s parole eligibility is set at 25 years. He entered guilty pleas to all the charges last January in the deaths of his parents Denis Carrier and Sandra Henry along with his son Bentlee. The attempted murder charge was in relation to his daughter Kendrah who survived the attack.

Nathaniel Carrier is in attendance at Court of Queens Bench in Prince Albert to be sentenced for three counts of murder and one count of attempted murder. pic.twitter.com/PsCI3L2561

During the sentencing hearing the court was presented with an agreed statement of facts by both the Crown and defence which outlined the timeline of events. The statement began explaining that Carrier had entered into a suicide pact with a woman from La Ronge who he had met online. He messaged the woman from La Ronge speaking about his plans saying he felt his kids would be better off in the after life with him instead of with their mother and her partner. The agreed statement of facts said all the victims were stabbed.

Eventually Carrier traveled to La Ronge in his father’s vehicle and met up with the woman who he had made the suicide pact with, court heard the two planned to commit suicide by driving into a loaded semi truck. However, La Ronge RCMP were made aware of the woman’s social media posts talking about self harm and they tracked the two down at The Waterbase Inn where the woman was taken to hospital and Carrier was allowed to come with her for support. Carrier was later determined to be suicidal himself and was hospitalized in La Ronge before being taken to Victoria Hospital in Prince Albert where he was involuntarily committed and received a number of diagnoses, one being a drug induced disorder and another being depression related.

The woman who Carrier met up with in La Ronge was interviewed by police and told them how he described to her carrying out the killings and how he disabled the security cameras in the house before hand. The woman told police Carrier was calm as he described what he had done.

While Carrier was in hospital in P.A. coworkers of his mother became concerned when she didn’t come in to work and went to the house to check on her. The house was locked so they called the youngest son to come open the house and found the two grandparents and grandchild dead while Kendrah was clinging to life. Carrier was arrested by police when he was discharged from hospital and did not make a statement to police at the time.

A number of people made victim impact statements during the hearing the first being Heather-Lynn Sumners, Carrier’s former common law partner and the mother of Kendra and Bentlee. In her statement she told the court about how Carrier used to be a good father and partner. Sumners as well talked about what it was like when the police came to her house to tell her about what had happened.

“My body started collapsing,” she said.

As Sumners read her victim impact statement Carrier, who was sitting in the prisoners box shackled began to cry and wiped away tears with a tissue. Sumners told Carrier his daughter does not want to see him and added she will make sure he never finds out the location where his son has been laid to rest. She also called Carrier a monster.

“You don’t deserve to be a father at all,” she said.

Sumners said since the attack Kendra is now scared of men and the dark. She is as well being treated for Post Traumatic Stress Disorder (PTSD) and depression. She as well talked about the financial hardships caused by Carrier’s actions, which forced her to be off work for 11 months.

Speaking to media after an adjournment Sumners said getting the chance to address Carrier and tell him about the impacts of his actions was a real load off for her.

“I was honestly glad that he was looking at me and he actually listened to everything,” she said.

Sumners as well talked about Kendra and said her daughter is continuing to recover from the attack.

“She’s got her voice almost fully back, she’s just a normal kid now,” she said.

When court resumed the prosecution presented the pre-sentence report and moved to sentencing arguments. The Crown and defence put forward a joint submission asking for Carrier to receive a concurrent sentence. The report outlined a number of facts including the role mental illness played in the crime along with the fact Carrier is consider a low risk to re-offend and the fact he is remorseful. The court accepted the joint submission and agreed to impose the sentence it asked for.

Senior Crown Prosecutor Douglas Howell speaking to media after the hearing explained when it comes to determining parole eligibility the court has discretion which is applied on a case by case basis.

“Every sentencing is very particular to that offender, those circumstances, background,” he said.

When asked by the judge if he wished to address the court Carrier rose and offered his apologies to everyone affected including emergency workers and his family. He also said he missed his parents and son Bentlee.

(Heather Lynn Sumners, front, with her parents Rhonda and Corey Ferchoff in front of the court house after victim impact statements)