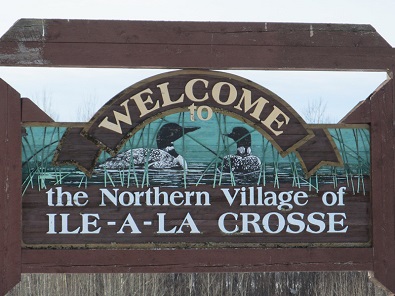 The Sakitawak Development Corporation out of Ile a la Crosse was recently honoured with a national award celebrating First Nations, Inuit and Métis entrepreneurs across Canada.

Some members of the development firm are currently on their way to accept the national award.

“It was a little bit of validation of the work we have been putting in especially during challenging times with Covid,” Sakitawak Development Corporation CEO Tyler Morin told MBC News. “We were able to put people to work and not see mass layoffs and we are quite happy about that.”

Morin pointed to local and community initiatives, which became their focus during the pandemic, as one of the reasons the development corporation was able to find success where others floundered.

One area of the local economy Morin said really helped during the pandemic was commercial fishing, which he said was helped by strong work from the Ile a la Crosse fishing companies.

“At the beginning no one knew what was going on, but as we worked our way through it became a really good source of income for our local people,” said Morin. “Living off the land is a way of life for us, so we take pride in that.”

Morin says the pandemic years of commercial fishing around Ile a la Crosse saw a 20-30 percent increase in production.

“We have had a great couple of years and we are looking to expand,” said Morin hinting at a possible expansion of the Ile a la Crosse Fish Processing Plant.

With 20-30 people working at the plant and around 100 licensed fishermen bringing in product, the uptick in the industry was a welcome boost to the economy. Morin also added each individual fisher will hire additional workers from the community, which he says was helpful to many who lost work because of the pandemic and recent mine closures.

“It’s kind of counter-intuitive to see two of our best years were during Covid, but it showed to me it is an industry to rely on,” said Morin. “Things are looking bright going forward.”

With the uptick in the fishing industry and the planned re-opening of the MacArthur River Key Lake Cameco operation, Morin says he is excited for the economic opportunity in the Ila a la Crosse region.