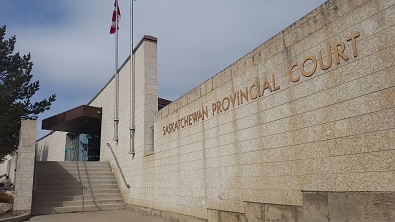 The woman charged in relation to the fire which destroyed the Senator Allen Bird Memorial Centre is having her case adjourned once again.

Gina Beatty, who is 24, was not present in Prince Albert Provincial Court Tuesday morning when her matter was spoken to. A lawyer representing Beatty appeared by phone and asked for the matter to be adjourned until May 5. In asking for the adjournment, Beatty’s lawyer told the court they were waiting to receive some personal medical records.

Beatty is facing an arson charge in relation to the fire which destroyed the Senator Allen Bird Memorial Centre on April 15 she has been remanded and will remain in custody.