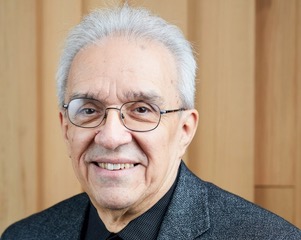 First Nations who lived with drinking water advisories on their reserves for at least a year between 1995 and 2021 can now submit a claim as part of the First Nations Drinking Water Class Action.

The settlement between Canada and certain First Nations and their members was approved in December, and includes $1.8 billion dollars in compensation, $6 billion in support for construction and maintenance of water infrastructure on First Nations and the creation of a First Nations Advisory Committee on safe drinking water among other requirements.

The plaintiffs’ co-counsel Harry LaForme, an Anishinaabe man from the Mississaugas of the Credit First Nation, said the big reason for the class action was to create an obligation for Canada to provide clean drinking water to these Nations.

“What was driving the litigation was that Canada could decide,” he said. “It was their policy that fixing water advisories and the water circumstances on First Nations was a political issue and a political trust issue not enforceable in the courts, that if they broke their promises, it didn’t really matter because they tried their best. That was their position.”

LaForme said his clients are trying to be optimistic.

“Because so many promises have been made and it’s been so long since anything actually occurred, they’re cautiously optimistic about it but they’re happy now, I would think, that it’s no longer a question of whether Canada thinks this is the right thing to do and can make those kinds of promises.”

“It’s now a legal obligation on their part because of the class action that they have to,” he said. “That reparations now have to be made and that just breaking a promise doesn’t cut it any longer. There is now an enforceable agreement where you can go back to court, if necessary, and have that mandated by the court.”

If there are disputes on the required actions by Canada through the settlement, the discussions to mitigate the disputes will be Indigenous-led and will take place in or near Indigenous communities. LaForme said this is important as he sees it being another step towards reconciliation.