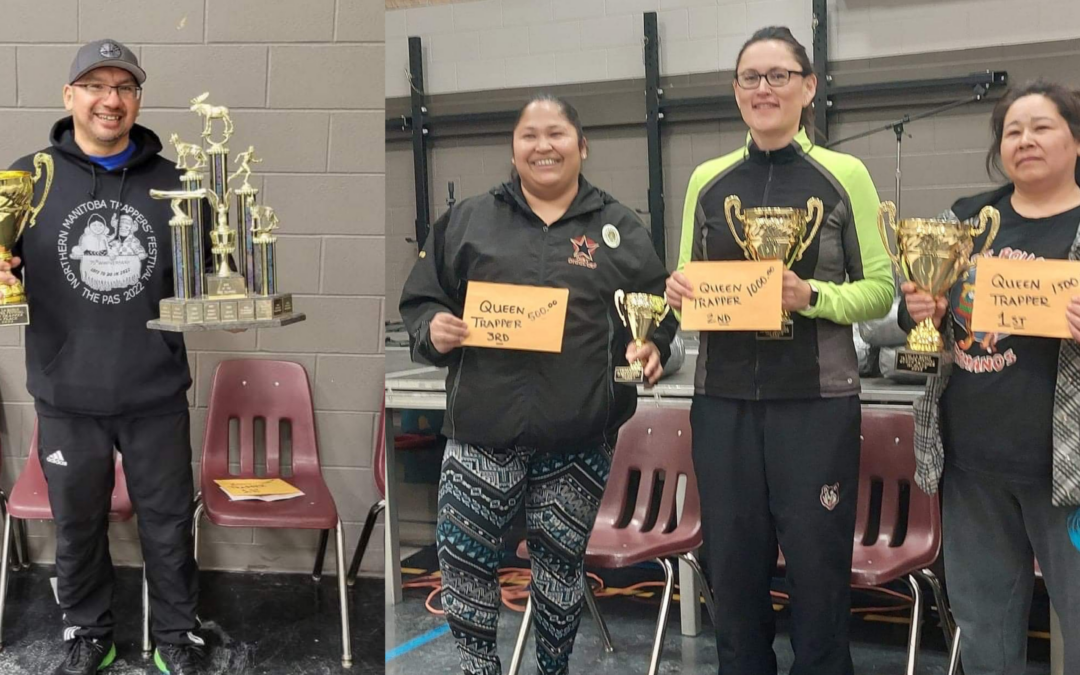 Charles, who has been competing for about 30 years, said he was happy to win such a tight race.

“It usually feels pretty good when you come on top but it was a close race (between) me and Norman (McKenzie),” he said. “It always comes down to the last event pretty much all over when you go competing. There’s tough competitors out there.”

This was Sylvia McKenzie’s first competition back after two years and she said she was happy to be there.

“It actually felt really good to be back after two years,” she said. “It was so nice to see the familiar faces that come and compete, and it was also great to see new faces, new competitors (and) younger girls competing.”

McKenzie shared the podium with second-place finisher Clarissa Burns and with McKenzie’s niece Flora Whitecap who came in third.

McKenzie said sharing the podium with her niece was special.

“I said (to Whitecap), ‘Oh my gosh, I’m so proud of you because you’ve worked so hard all these years, you’ve done so good (and) you’ve made a big improvement.”

Charles also took home the King of Kings trophy which is given to the competitor who has won the most points in the King Trapper pro circuit which includes The Pas, Manitoba, Prince Albert and La Ronge contests.

He said being crowned King of Kings is a great feeling and the competition keeps him and several other experienced competitors pushing each other to be their best.

“It feels awesome,” he said. “I know my competitors like the two brothers always wanted that title, Clinton Mirasty and Brent Mirasty, next year they’ll take it, they said.”

Both Charles and McKenzie said they’ll be competing at the King and Queen Trapper events at the Stanley Mission Winter Festival this weekend.