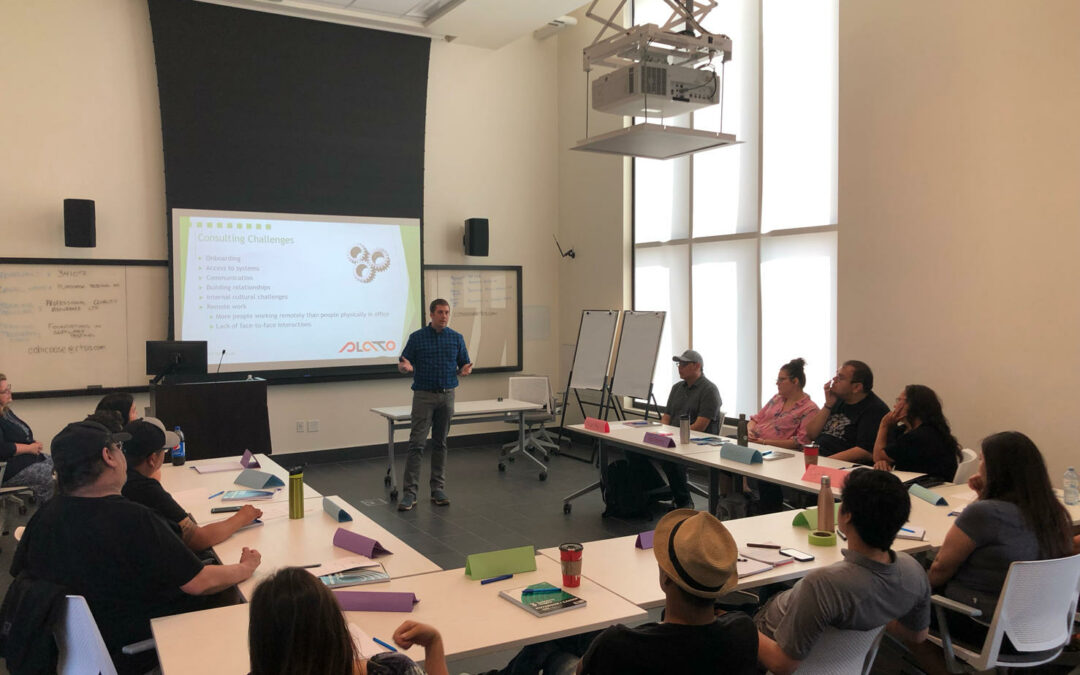 A software testing company that works to give employment and training opportunities to Indigenous people across Canada has acquired a technology company based in Regina.

“We talked a lot about the truth and reconciliation report that came out in 2015, and when I came back from that conference I said I was going to start a new company called PLATO that was to train and employ Indigenous people in technology.”

McIntosh explained that at first, his idea was to create positions only to be filled by Indigenous people, but he found out many individuals lack the necessary training and degrees these jobs require. Instead, he created a free training program along with guaranteed employment.

McIntosh said one of the best things about technology is you can do it no matter where you choose to live.

“Technology can go anywhere,” he said. “We have people in northern New Brunswick testing software for a company in Los Angeles. It can be anywhere, so we think that it’s a great career to take work to some of the more rural or remote areas in the country.”

The company acquired Saskatchewan-based Information Technology Consultants (ITC), which is an independent IT staffing company.

McIntosh said while they don’t have a training program for the services ITC provides now, they are planning to create one in the future.