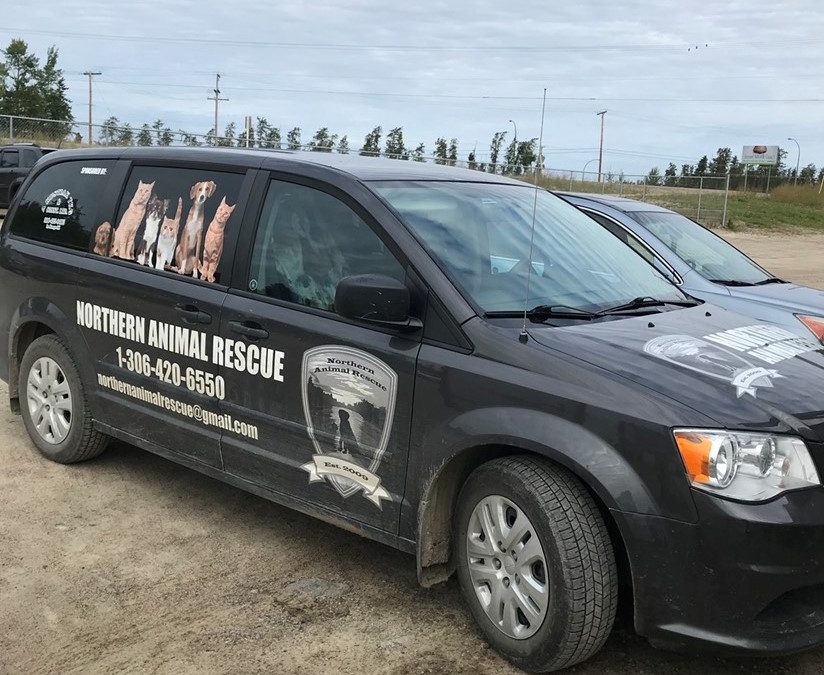 Northern Animal Rescue (NAR) has been working to keep pets and strays in La Ronge safe during the last few weeks as temperatures dipped near -40°.

The organization has been ensuring stray animals and dogs kept outside are fed and have straw to keep warm.

NAR’s animal care officer Kat Lowenberg said the organization has also been trying to educate people on the risks this weather poses to animals.

“We try to make posts on Facebook as well, reminding people that with the extreme weather there’s some extra precautions that they need to take, like bringing the animal inside if it is an outdoor dog,” she said.

Another precaution Lowenberg advises pet-owners take is to not leave small dogs or indoor pets outside by themselves for long periods of time as they tend to lose a lot of their body heat quickly.

As part of her position and the work NAR does, Lowenberg drives around the community to check on the wellbeing of animals left outside.

She said this was especially important to do the night of Dec. 16 after she had seen dogs roaming during the day and with the temperatures first starting to dip below -30° overnight.

But she couldn’t find any dogs during her evening drive.

“It kind of surprised me because usually, in these problem areas, the animals are just forgotten about so it’s common to see them out and about,” she said. “But I was thinking (the reason no animals were seen) was probably more along the lines of the animals themselves found themselves places they could tuck themselves in to get out of the cold. And I could also hear dogs whining and crying. It was really distressing just to hear that.”

Lowenberg said she wishes she could have found the animals and taken them in.

While NAR has been able to help many animals and continuously works to keep roaming pets safe during the cold winters, Lowenberg said they can’t do it alone.

“The more people that watch out and look out for these animals (and) the more help we receive, the more animals we can help,” she said. “So, it’s really important that people within the community do what they can and make reports if necessary.”

Lowenberg advises community members to report neighbours and other residents who leave their pets outside during the extreme weather to Animal Protection Services.