Coyotes seen near tri-communities: Expert says not usually dangerous to humans, should still be avoided 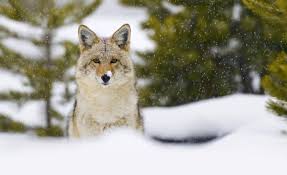 Coyotes have been spotted coming near the tri-communities in the last few weeks.

They’ve been seen using the lake as a route to get from one area to another.

Ministry of Environment wildlife biologist Matthew Tokaruk said they might be coming near town because they’re hungry.

“In the winter, food can be harder to find for them at times and there can be easy food sources to nab in town,” he said. “When things like pet food are out or even garbage bins—that can be attractive to them.”

He said another reason people might be seeing them more in the winter is because there’s less vegetation for them to hide in.

He said the animals aren’t known to attack humans, and will usually leave pets alone too.

However, Tokaruk said coyotes do sometimes prey on smaller pets.

He said owners should watch their pets while they’re outside.

“We do get occasional reports of that happening in more rural areas where coyotes can bother pets, but I wouldn’t say it’s super common,” he said. “It is always advisable to bring your pets inside at night and keep an eye on them, but I’d say it’d more be that the coyote will be approaching the food dish that’s left outside.”

While Tokaruk said coyotes are skittish and won’t bother humans, he did give tips on how to stay safe around them.

“The big one, if you’re out walking, stay calm,” he said. “Remember, it’s a wild animal so don’t approach, keep your distance, make a bit of noise and then they’ll often just go about their business and it shouldn’t be an issue at all.”

Tokaruk said people should call conservation officers if they see a coyote being aggressive or looking sick in town.

(PHOTO: Coyotes have been spotted on the lake walking towards the tri-communities. File photo.)