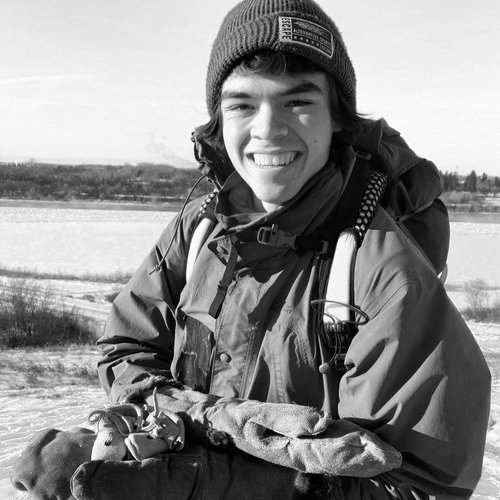 A 21-year-old is breaking a world record in the dead of winter so a northern Saskatchewan institution will finally be recognized as a residential school.

B’yauling Toni aims to beat the record for longest distance travelled by snow shoe in 24 hours, to raise awareness for Timber Bay Children’s Home. The current record is roughly 94.5 kilometres.

He wants to a “pay a little honour to the struggling and suffering” the children at Timber Bay experienced, though it will be with “all the proper gear and in a much more privileged position,” he said.

A 2017 Saskatchewan Court of Appeal decision ruled that while Timber Bay housed students who attended school elsewhere, it wasn’t directly government-run and was not eligible for residential school status.

Toni, who is not Indigenous, biked across Saskatchewan this summer to deliver a pair of moccasins to each federally-recognized residential school in the province. He never travelled to Timber Bay.

He embarks on his new journey on Saturday morning to present a pair of moccasins there.

After a rest, he will then make the world record attempt, travelling from Timber Bay to La Ronge. He said the trek will be in remembrance of Bobby Bird, a 10-year-old boy who fled Timber Bay in the fall of 1969 and disappeared.

Bird’s whereabouts were unknown until 1999, when a skull found in the 1970s was revealed to be his.

Indigenous leaders renewed calls to have Timber Bay recognized in the wake of the shocking uncovering of unmarked graves using ground-penetrating radar at residential school sites across Canada earlier this year.

Dwight Ballantyne, a member of Montreal Lake Cree Nation, has family members who attended Timber Bay, which the Northern Canada Evangelical Mission operated from 1952 to 1994.

He hopes Toni’s journey will create public pressure for Timber Bay to be recognized, he said.

Over the course of the journey, Toni will send Ballantyne videos of his travels. Ballantyne will then narrate over the video segments, which will be published on social media to raise awareness about the journey and the cause behind it.

An accompanying petition urges support for Timber Bay’s recognition as a residential school, an apology to survivors, a commitment to compensation and a release of school records to those who attended.

“I hope that they can see the injustice in Canada and understand that there are many other schools that are not recognized as residential schools.”