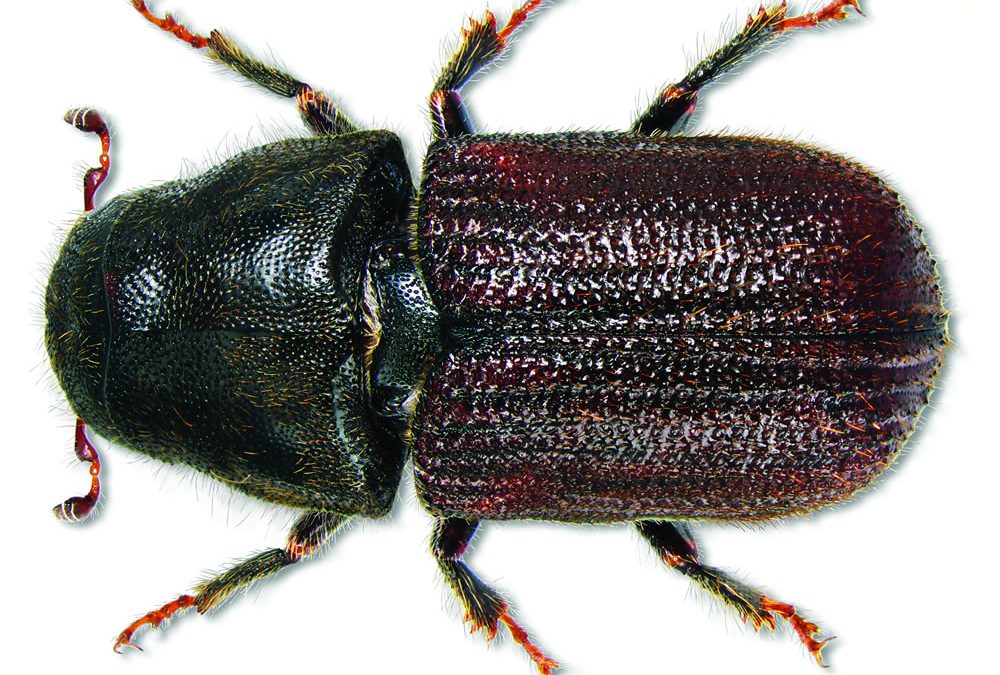 The province is investing up to $1 million to assist Alberta in its fight to stop the migration of the Mountain Pine Beetle.

The wood-boring insect, which made its presence known to British Columbia in the early 1990’s is responsible for impacting more than 18 million hectares. While the beetle itself is not detected in Saskatchewan’s boreal forest system, but it is close to the border.

“Fortunately, we found nothing in the boreal Saskatchewan side, but on the border on the boreal Alberta side, they have found beetles in a tree as close as 40 kilometers from our border in the Cold Lake area,” said Ministry of Environment Insect and Disease Expect Dr. Rory McIntosh.

Research suggests that when the beetle population is low, healthy trees are able to defend and suppress the insect by creating a toxic resin. However, if more beetles attack, the tree cannot defend itself.

While the beetle has a one-year life-span, adults colonize in July and August. The female releases chemicals known as aggression pheromones which communicate to others to come to this tree. The female will lay eggs in the inner bark, once hatched the larva will eat further into the tree and spend the winter and spring completing their development.

Since 2011, Saskatchewan has invested approximately $7.3 million in helping Albert in its fight against the beetle.

“This whole concept here is to be proactive and preventive in our approach. We want to try to make sure that we keep the invasive beetle out of our northern forests and protect our forests that many of the communities in the north depend on.” explained McIntosh.

The province said the mountain pine beetle outbreak has killed approximately 55 percent of the merchantable pine in British Columbia.

(Photo of a Mountain Pine Beetle. Courtesy of the Government of Canada.)