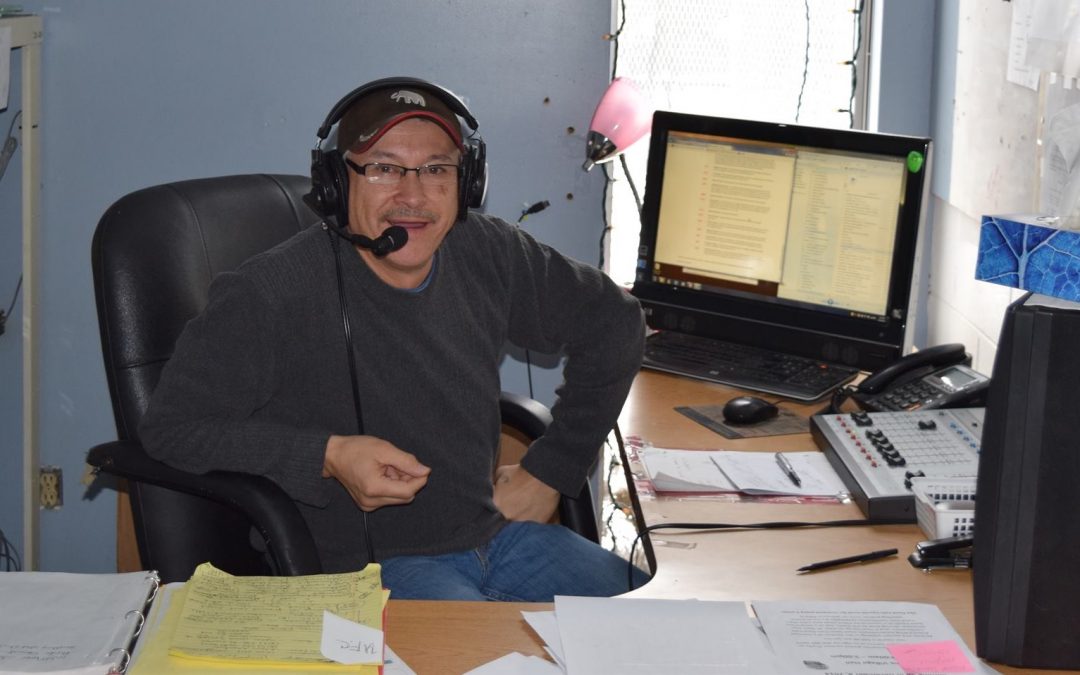 People tuning in to Rogers Sportsnet and APTN’s Cree language hockey broadcast will be hearing a regular voice again.

Pinhouse’s Clarence ‘Tsi Boy’ Iron will again be handling play by play duties for all six of the planned broadcasts. The first game is currently set to go Jan. 15.

Iron said he is looking forward to being part of the broadcast team again, which he has been part of since 2019. He added this third time around will be different as previous Cree language broadcasts were done as part of Rogers Hometown Hockey, while these upcoming games will be Hockey Night in Canada in Cree.

“This time around it’s going to be Hockey Night in Canada and that’s Saturday night hockey,” he said.

Five out of the six games will be all Canadian match ups. The only exception is the final game currently set for April 23 where the Toronto Maple Leafs will play the Florida Panthers.

“All the games are going to be exciting,” said Iron.

When he returns to the broadcast booth Iron will be joined by some familiar faces in host Earl Wood and analysts Jason Chamakese and John Chabot. Iron said he is happy to be working with all three again and explained everyone brings their own talents to the table.

“Jason Chamakese, he’s been invited in other areas as a guest speaker, he’s good with the flute and John Chabot he’s been in the NHL for eight years, playing with [the] Montreal Canadians, so he’s got a lot of experience I am learning a lot from him,” he said.

Iron added the third member of the broadcast team Earl Wood is well known for his work on the Pow wow circuit and has called horse racing as well. Iron said the range of talents makes for a good experience for those watching.

“We all have different talents but to put us together, it’s a good show,” he said.

After past broadcasts Iron said he has heard good things from a range of people about the broadcasts, which also have drawn impressive sized audiences on television.

“We had lots of congratulations to us, even elders, I guess some of them were in their old age were listening to the Cree hockey, we had a real good response,” he said.