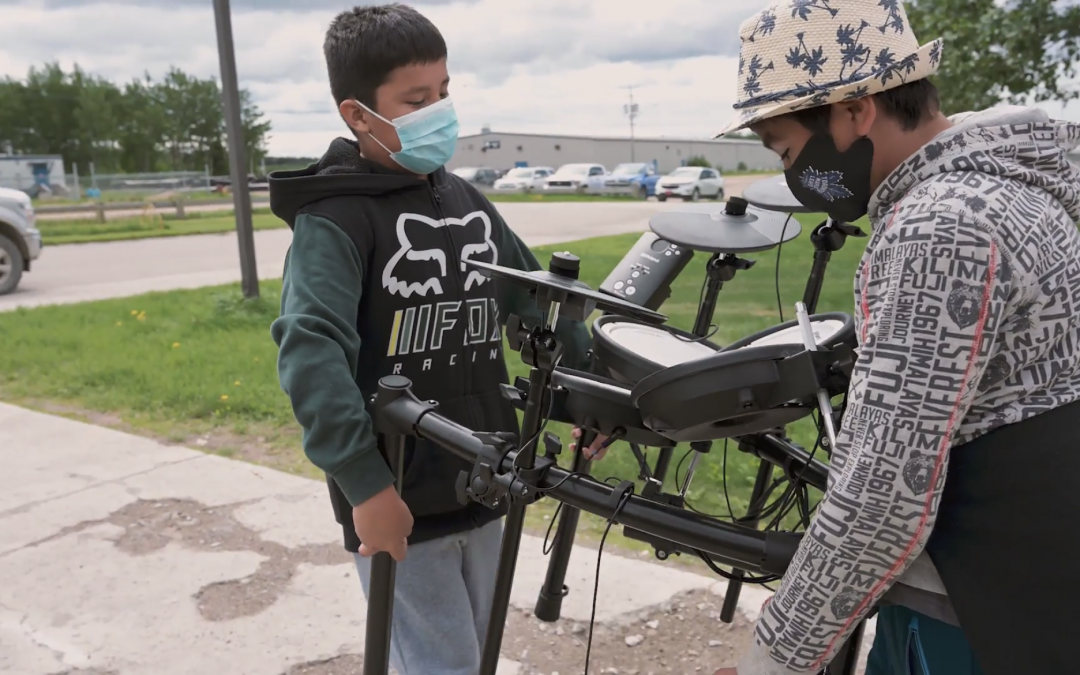 Lac La Ronge Indian Band youth from two northern communities worked together to write and record a song that was released Tuesday.

Students from Keethanow Elementary School in Stanley Mission and Senator Myles Venne School in La Ronge wrote “Not Alone,” which is about feeling alone even when you’re surrounded by people.

Jarrod Jobb, a sixth grade teacher in Stanley, was the lead singer on the track. He said it was a great learning opportunity for himself and the students.

“I’ve always had something to do with music and I play a few instruments myself,” he said. “Eliza (Doyle) actually approached me and asked me if I would be interested in joining her with a few of the students to do this project. That was an offer that I couldn’t refuse.”

Eliza Doyle, a music teacher who initiated and led the project, said Jobb was a leader for the students during the project. She said having the local teacher as lead singer helped students see themselves in music.

“For the kids to see somebody from the community be able to be showcased in that way and be able to step up.”

Doyle, along with Micah Erenberg helped the students write the lyrics and record the instruments. Another musician, LJ Tyson, also assisted with the lyrics.

Della McLeod, a grade four student in Stanley Mission, was one of six students from that community who wrote and produced the song. She recorded vocals and ukulele for it.

Doyle said McLeod has been excited about the project since the beginning.

“She’s definitely one of the most enthusiastic music students that I’ve ever come across. As soon as she started playing ukulele, right away she had her chords down, she saved up her money (and) bought her very own ukulele.”

(PHOTO: Neil Cook-Roberts played the keyboard and Johnny McLeod, Della’s brother, was on the drums on the track. Photo courtesy of Eliza Doyle.)