‘He continued to put good out into the world’: La Loche RCMP remember commmunity member who passed away 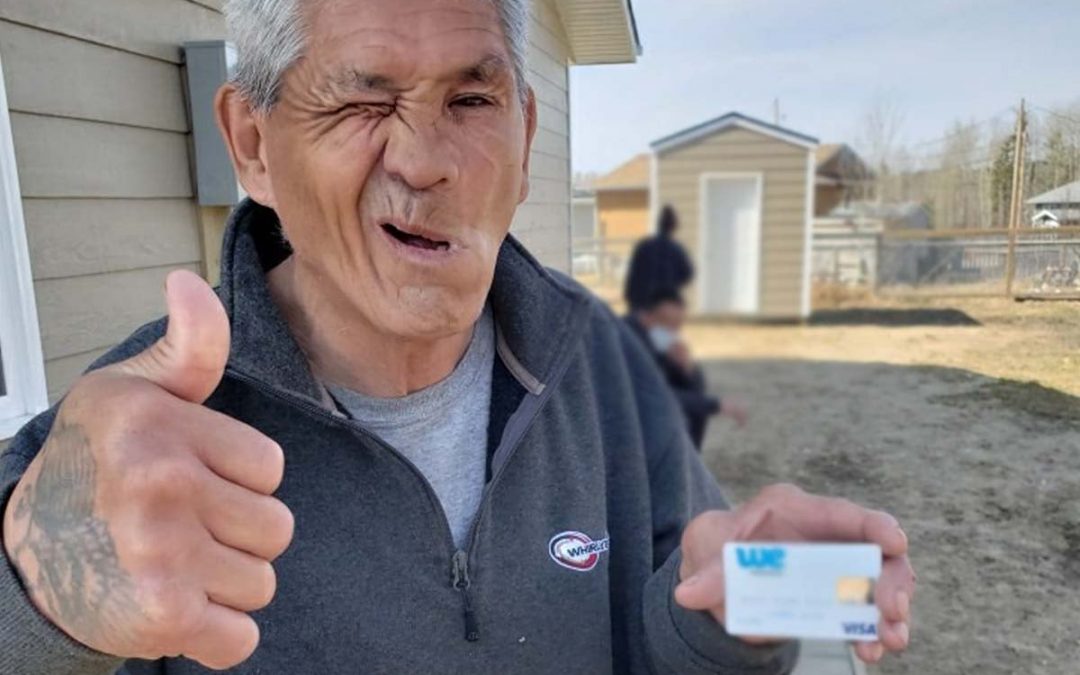 The La Loche RCMP detachment is honouring the life of a community member who recently passed away.

During the tribute, officers from decades past shared memories of Montgrand and the positive impact he had on their lives while they were stationed in the northern community.

Montgrand passed away in October and several officers carried his casket during his funeral.

The following is the full tribute posted by the RCMP:

Richard Montgrand would have loved knowing “the Queen’s Cowboys” were there for him at his funeral.

La Loche RCMP officers – who often had been there for him during his life, too – were happy they had a chance to pay their respects and say goodbye to a beloved, if somewhat unlikely, friend.

‘He always had a smile and a story’:

“Everyone has a soft spot for him,” says Cst. Trisha Miller, who was posted to La Loche almost a decade ago. “He is just such a good memory – he always had a smile and a story. He’d teach me Dene words. He’d flag me down when it was cold and I’d drive him home.” Richard, despite having no car or phone, found ways to keep in contact with Cst. Miller after she transferred. He recently had the La Loche Detachment Services Assistant text her a picture of him, smiling.

And he kept calling them that right up to his recent death, reports Cst. Nicholas Lewis, who works in La Loche now, and who, like many officers before him, often stopped to check in and chat with Richard – who they affectionately called RT – often getting a laugh in the process. “He liked to sing to us. That was always a special treat,” he says. One of his favourite tunes to sing to officers? ‘Bad Boys’, the theme from the TV show COPS.

‘He continued to put good out into the world’:

Richard didn’t always sing the police’s praises, officers report. But later in life, he began looking at officers differently, viewing them as protectors from the vulnerabilities he unfortunately faced.

Richard suffered from addiction and other health concerns. He had few material things to call his own and lacked even secure housing in his later years.

Because of his vulnerabilities, Richard often had interactions with police. With few other options available to him, the detachment cells were sometimes the safest place for him to sleep. When that happened, officers report he was friendly and cooperative when he arrived – even folding and organizing his personal effects for safekeeping – and cheerful and joking as he was released.

Officers sometimes provided him with basic needs he often lacked access to – meals, showers, rides and clean, warm clothes – and always did their best to watch out for him. It was hard not to do so for a man who had so few things but still focussed on inspiring so many smiles.

“He had the short end of the stick but he didn’t go around hitting people with it,” says Crystal Sylvestre, Community Program Officer at the La Loche Detachment. “He continued to put good out into the world.”

When the detachment heard Richard had died, the news resounded far and wide. La Loche is a two-year posting and one of Saskatchewan’s largest northern detachments, so he’d impacted many officers’ lives. “Many members that have worked here have called after he passed, saddened by the news,” says La Loche RCMP’s Cpl. Kelly Brennan. “Each one has shared their own memories of him.”

And for those at the detachment today, there was no question about what to wear to Richard’s funeral.

The RCMP has many traditions and customs; wearing the Red Serge at funerals is one of them. This gesture is generally reserved for employees’ funerals but is sometimes extended to members of the public. Wearing the Red Serge, and involvement in any ceremony, is a sign of the utmost dignity and respect.

Cst. Lewis is one of the officers who wore his serge to Richard’s funeral on October 14. He approached family first to ensure it was appropriate for them to attend. The family not only welcomed them but asked them to do the unexpected honour of carrying Richard’s casket to the funeral service.

And so the members proudly did, supporting a long-time RCMP friend one last time.

“I was happy to hear that members attended his funeral in Red Serge,” said Sgt. Smith. “He would have loved having the Queen’s Cowboys there to see him off.”