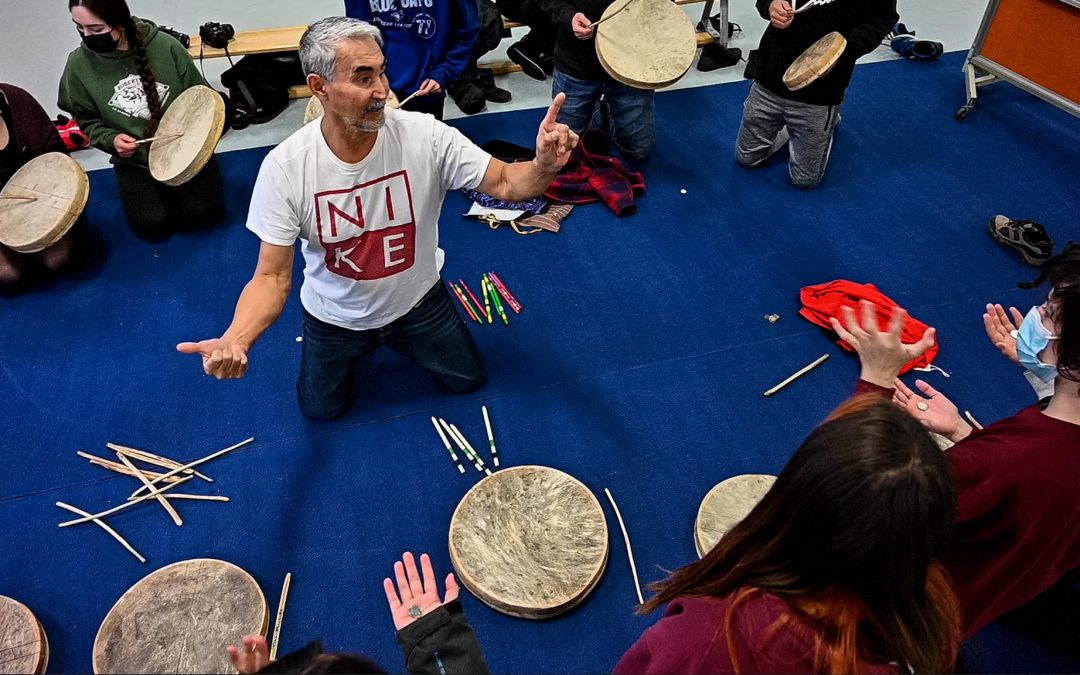 Hand games include two teams of four to six people. Each player gets an object, many times a coin, to try to hide in their hands. The opposing team’s captain, or the caller, will then make certain signals, trying to guess what hand the coin is in. When the captain finds the coin, his team is rewarded a stick, which is how players keep score. The games also include traditional drumming throughout.

John Pacquette, an Elder from Stony Rapids, has been teaching hand games for a few years.

He said the games are almost a type of hide and seek, just with an object in the player’s hand.

“It’s a fun game, a kind of hiding game. Like a trick,” he said. “You have to watch the caller all the time.”

Pacquette said traditionally hand games would be played with 40 to 60 players on each team and games could go on for days. He said the game is fun because there are many different techniques used to try and trick the caller into guessing the wrong hand.

Pacquette said he’s happy to share this traditional knowledge and to connect students in La Ronge to Denesuline people.

“This is traditional hand games in the far north so I just wanted to teach the students in Churchill Highschool the hand games to play with the Dene people up north,” he said. “The kids are interested to play hand games (and) they learned a little bit about the knowledge about the hand games.”

Pacquette has been teaching in La Ronge for one week each month since Oct. and will continue until June.

While students in the Northern Lifestyles class learned the games this past week, other students took part in a photography class with local photographer, Brandon White.

(PHOTO AND VIDEO: Top photo, John Pacquette taught students in the Northern Lifestyles class last week. Bottom video, Some students took part in the hand games while other students learned how to take photos of the events. Photography and videography by Brandon White.)