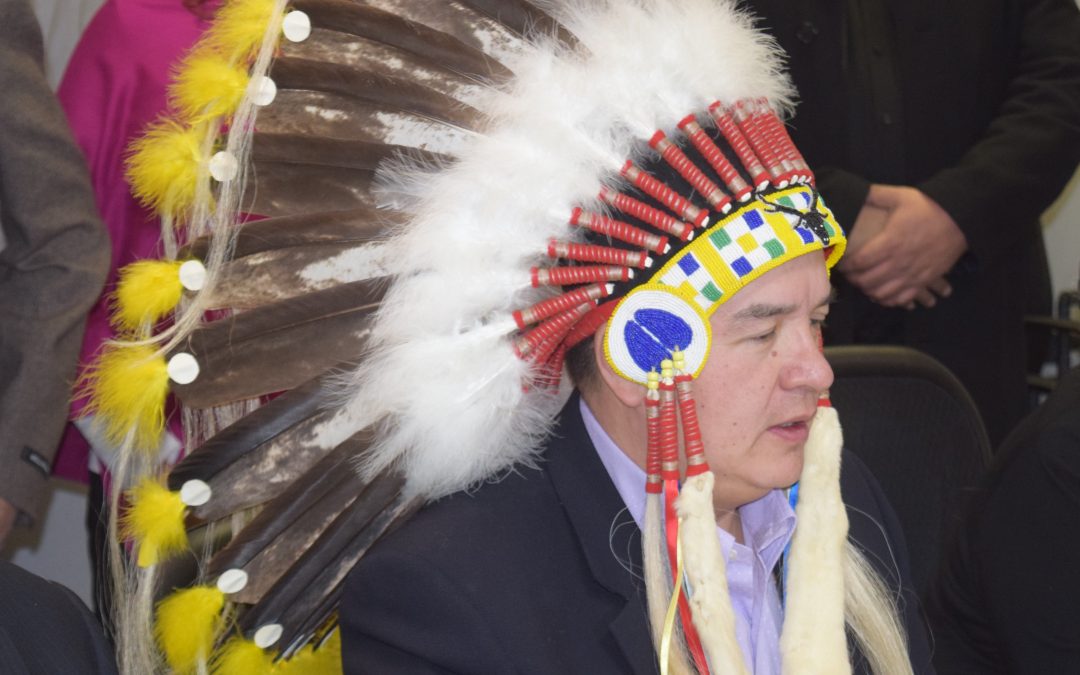 The election results are in and Bobby Cameron has been re-elected as chief of the Federation of Sovereign Indigenous Nations.

992 of an eligible 1088 voters cast their ballot during Thursday’s election.

Multiple delays drove the election into later Thursday evening before First Nation communities across Saskatchewan were able to hear who would make up the FSIN executive.

Bobby Cameron defeated Robert Merasty in the battle for chief gaining 75 percent of the vote.

During his acceptance speech, Cameron says the executive will be getting back to work right away.

“We have been in contact with the ministers and Scott Moe… the damage and the hurt they are causing our people,” said Cameron. “We have people dying right now in Regina in that tent village… those are our people. We are going to be vocal, and advocate and lobby to better improve the lives of First Nations people among Treaty territories… this is our promise this is our guarantee.”

The election came under fire in recent weeks as some individuals who sought candidacy claimed they were unfairly excluded. There were even some media reports of FSIN senators asking for the election to be delayed based on these concerns. The FSIN called the allegations of an unfair selection process “baseless” and according to the FSIN, a court injunction filed by the group to delay the election was dismissed in court.

While newly re-elected First Vice-Chief David Pratt didn’t mention the controversy specifically in his speech to the assembly, here was a portion of his speech pleading for unity.

“This is a process we have to respect,” said Pratt. “We are all family, we are all connected, and we are all a part of a powerful and historic organization that we can all be proud of…we are known for our unity.”

While most of the executive positions will be three-year terms, the terms of office for Dutch Lerat and Heather Bear will be two-year terms as their previous terms were extended by a year because of Covid-19.