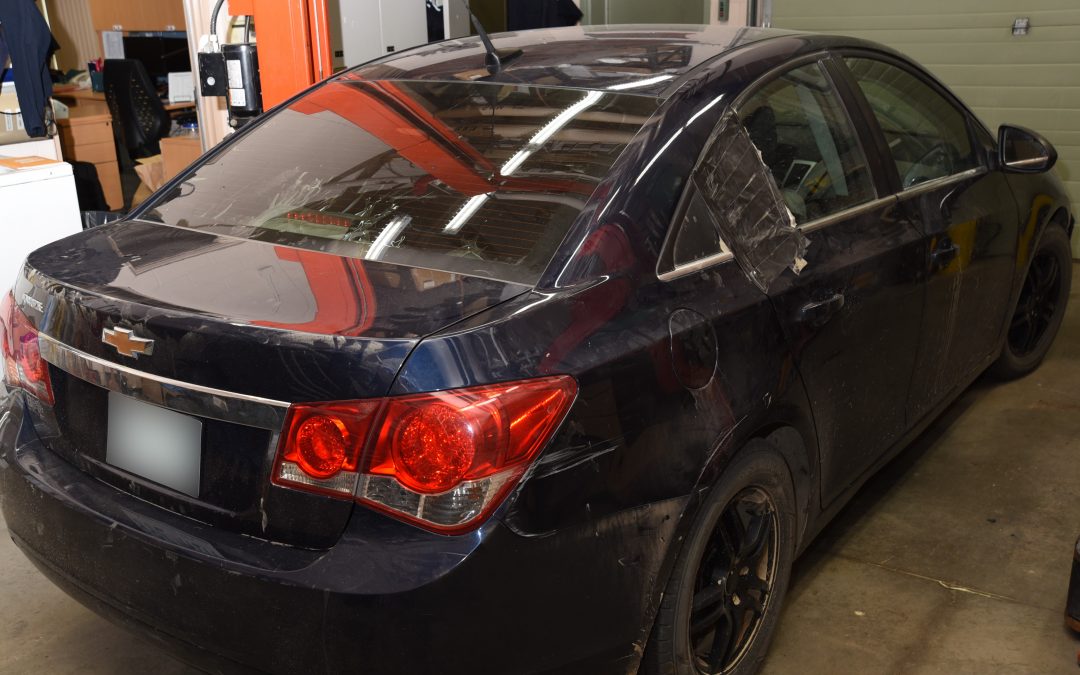 RCMP are seeking suspects who allegedly fired a gun at a police vehicle on Mosquito First Nation.

Battlefords RCMP say, on Tuesday evening, shortly after 10:00 pm they responded to a complaint about a vehicle with a gun in the community.

When officers located the vehicle, described as a 2011 Blue Chevrolet Cruz, a firearm was discharged in their direction striking the front of the police vehicle. The occupants of the vehicle fled the scene.

RCMP say they were able to seize the car later at a home on the First Nation, but no one has been arrested.

Mounties are now asking for witnesses to come forward who may have seen who was driving the blue Chevrolet Cruz that allegedly fired upon police.

Anyone with information can call the RCMP or Crime Stoppers.

(PHOTO: The suspect vehicle.  Photo supplied by the RCMP)