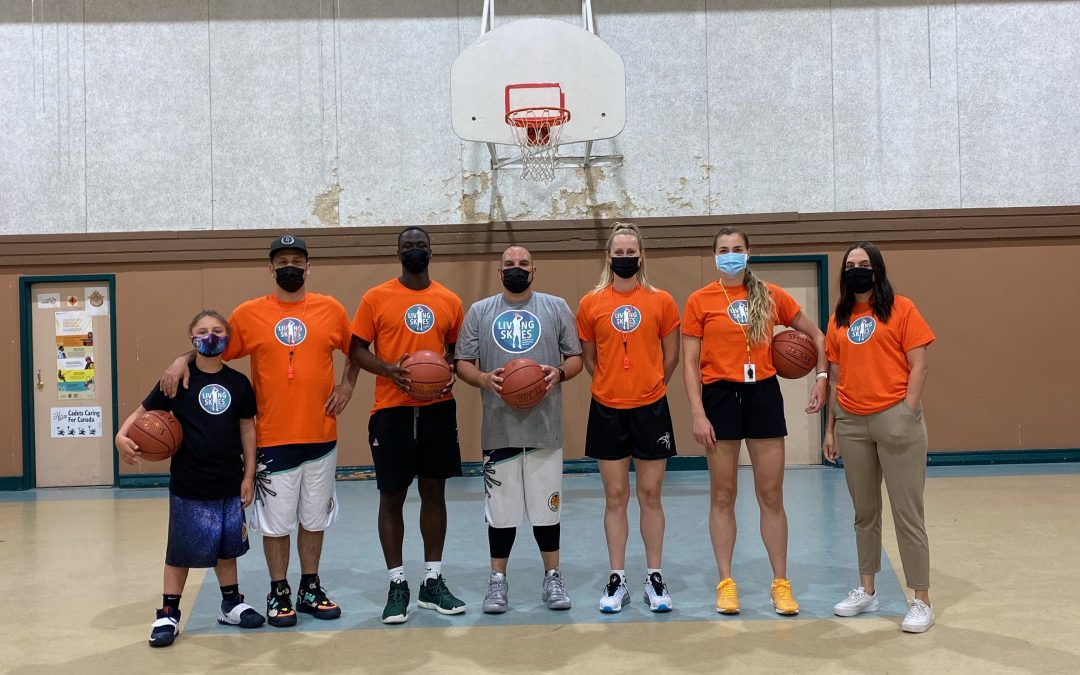 A new youth Indigenous basketball league is hoping to teach the sport as well as life skills to its players once it begins in October.

The Living Skies Indigenous Basketball League (LSIBL) will begin this year for youth aged 11 to 17 and is being supported by multiple organizations including the Aboriginal Friendship Centres of Saskatchewan, where many of the teams will practice and play.

The idea for the league came from Mike Tanton and Mason Medynski, brothers and co-founders of One Love Basketball.

Tanton said the purpose of the league is more than just teaching kids how to shoot a ball and instead will allow young Indigenous players to understand themselves.

“We want to try to provide those opportunities for people to understand who they are and where they come from, and some of those types of teachings,” Tanton said. “I think those are beneficial for young people that are struggling with their own identity and trying to grasp onto something and connect with something that will make them feel comfortable.”

The league will include cultural and social workshops, on top of their athletic practices, that will feature discussions on topics including suicide prevention, nutrition and resiliency.

Indigenous and non-Indigenous players are able to join the league.

Tanton said this was a decision made while thinking of the future.

“In the spirit of reconciliation, I think, realistically, what we need to be looking at is if we’re going to live together, we need to play together,” he said. “I think using that as an example for younger people, and for this younger generation who can be a little bit more effective at instituting change and implementing those types of things in their lives, as a permanent way of living and working together moving forward is the best thing for us to do.”

Youth from all over Saskatchewan will be able to join teams within the league.

The three divisions in the league include the North division, which includes teams in Buffalo Narrows, Ile-a-la-Crosse, La Loche and Meadow Lake, the Central Division for youth in La Ronge, Prince Albert, Saskatoon and the Battlefords, and the South Division for teams in Regina, Yorkton and Qu’Appelle Valley.

Tanton said he’s found that to get more kids on the court, you need good coaching.

This is why the league has also made it a goal to get community members coaching certification at the league’s expense.

“A lot of times it ends up being a parent that steps into those roles,” he said about youth sports coaching. “That’s a great thing for people to do but again, we want to build the capacity within the coaching ranks so that the more coaches you have, the more kids you can get playing.”

Tanton said the league will pay for the costs of coaching certification and help support those wanting to coach.