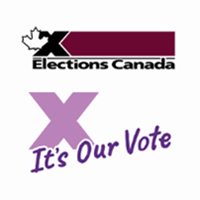 Here in Saskatchewan, the province is looking at another possible Conservative sweep. The province went entirely blue in 2019. This year they are on the verge, but one riding has yet to be confirmed.

The Desnethé-Missinippi-Churchill River riding is one of the many ridings staying Conservative blue.

Incumbent Gary Vidal, who was elected in 2019, kept his seat in Ottawa.

In a riding that was a toss-up in the projections, Vidal held a strong lead for most of the evening.

Vidal says he’s excited with the results and that it shows voters liked what they saw from him since being elected in 2019.

“I’m ecstatic to be rewarded for the work that my team has done over the last couple of years and I think the results tonight just suggest that the work we have done is something that people want us to continue to do,” said Vidal. “We’ll continue to represent everybody in the riding. I believe the results suggest tonight that they appreciate the fact that we’ve done that for the last two years.”

As of Monday evening, Vidal won with 50 per cent of the vote.

Liberal candidate Buckley Belanger held second place with 26 per cent and the NDP’s Harmonie King sat in third with 16 per cent.

In Prince Albert, Randy Hoback won in a landslide taking home over 64 per cent of the vote.

The lone riding in Saskatchewan that was just too close to call as Monday’s election turned into Tuesday morning was Saskatoon-West.

Former Metis Nation-Saskatchewan President Robert Doucette, a candidate for the NDP, was up against Conservative incumbent Brad Redekopp.

At final reporting, Redekopp was leading Doucette by around 650 votes; a 43 per cent to 40 per cent lead. This was with 90 per cent of polls reporting.

Doucette has not spoken to the media yet and may not until the results of the riding are made official, which may not be until later this week.

According to Elections Canada, an automatic recount will only be triggered in the riding if the margin of victory is less than 70 votes.