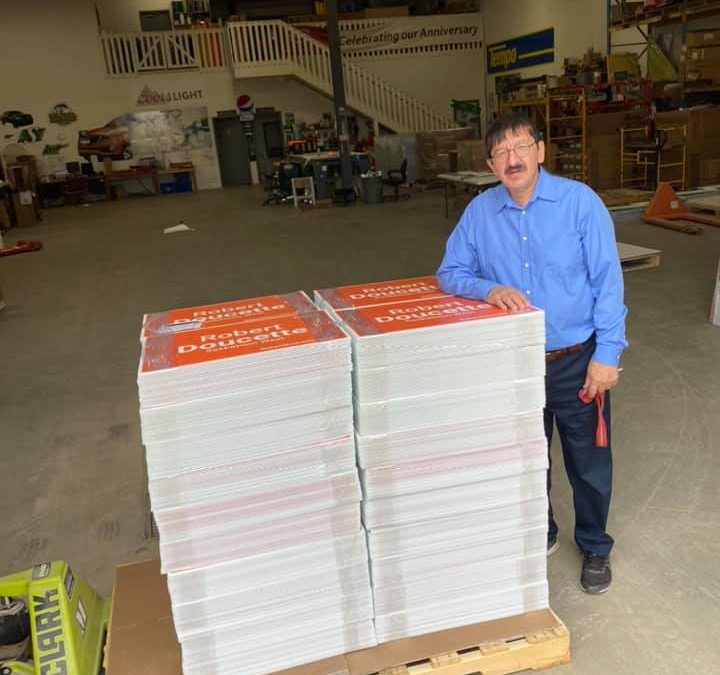 A familiar face in Saskatchewan Métis politics is looking to win a seat in parliament.

Robert Doucette a former president of the Métis Nation-Saskatchewan (MN-S) is standing for election in the riding of Saskatoon West for the federal New Democratic Party (NDP).

Doucette said his campaign has a large group of volunteers working for it and added he has been out talking to people and knocking on doors.

“There’s a lot of energy for change in Saskatoon West,” he said.

Due to his past work in Métis politics and other community work along with living and raising his family in Saskatoon West many of the people who Doucette has been reaching out to in the riding know who he is.

“Every door that I knock on pretty much, they say ‘Hello Mr. Doucette,’ and I try to introduce myself and they say ‘No, we know who you are Robert,’ they call me by my first name,” he said.

When it comes to major issues for his campaign, Doucette explained the issue of housing is a big one in the riding. He said the federal NDP’s platform on housing was something which attracted him to the party as leader Jagmeet Singh has vowed to work with First Nations and Métis organizations to deal with the issue.

Doucette added in his work with Saskatoon’s Indian Métis Friendship Centre homelessness was an issue he often had to work with people on.

“One of the things we’re concerned about is Aboriginal homelessness on the west side,” he said.

Another issue which has come up on the campaign trail is the cost of prescription medications. Doucette said he is supportive of the creation of national pharma-care program which is being proposed by the NDP. He said many elders and older people are struggling due to the high cost of prescription drugs.

“One gentleman sadly, he was so sad about the state affairs in this country right now he actually said he wished he wasn’t alive because he’s got to take like 25 pills and he just can’t afford it, he’s having to choose between food, rent and medicine,” said Doucette.

The issue of climate change has also been brought up on the campaign trail with people worried about what the current drought will mean for food prices.

Doucette, who is a survivors of the 60’s scoop, also believes the Liberal’s actions have not matched their rhetoric when it comes to reconciliation.

Overall Doucette said he is feeling good about his chances of winning the seat. He feels there will be a strong voter turnout which could be helpful to him. Doucette also encouraged Indigenous people to come out to the polls for this election.

“You have an opportunity now, historically across this province to alter the landscape, you can elect Indigenous members of parliament in a number of ridings,” he said.